Oman may get affected by air trough: CAA official 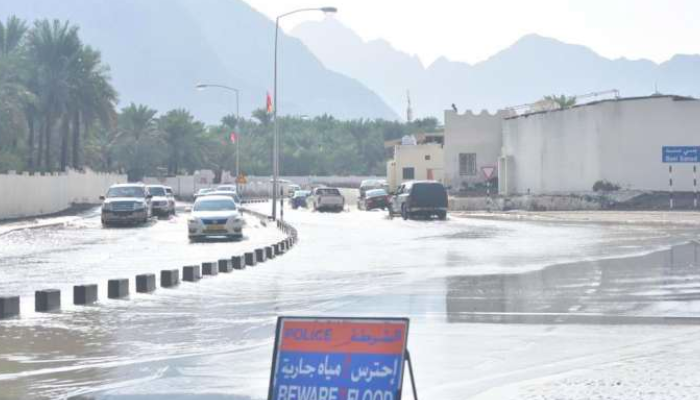 Muscat: Oman is likely to receive more rain on November 18 and 19, owing to a depression that could affect the coastline of the Sea of Oman, and Musandam.

The country is already facing the effects of one depression – the Tayibat trough, which is currently passing through parts of the country, and has already seen its impact felt in Khasab, as well as towns in the North Batinah Governorate.

“Some wilayats in Musandam have witnessed heavy rains – Khasab recorded 13.8mm of rain – and some coastal wilayats of North Batinah – such as Saham, Sohar, Shinas and Suwaiq – all received rain, and in some cases, hailstones,” said an official from the Directorate of Meteorology at the Civil Aviation Authority.

“The meteorological station in Saham recorded 21.2mm of rain – the highest amount seen by any wilayat,” he added. “Rustaq, as well as the mountainous areas of North and South Batinah witnessed moderate rains, while Barka and Muscat saw light rains.”

While Musandam continued to receive rain, the country’s Public Authority for Civil Defence and Ambulance (PACDA) asked people in those areas to avoid venturing into areas prone to flash flooding.

“Most of the wilayats in the governorate of Musandam are witnessing rains of varying intensity,” said the government body. “We call on everyone to take caution, and ask them to not risk crossing wadis and other water bodies that are affected by the weather depression.”

Despite the presence of rain, temperatures recorded in the areas of North Batinah were among the highest in the country. Suwaiq, at 35.9 degrees, posted the highest temperature reading on November 14, followed by Khabourah (35.8), Saham (35.3), Sohar (35.1) and Wadi Al Maawil (34.4).

Temperatures in other parts of the country were relatively cooler. Saiq, up in the mountains of the Dakhiliyah Governorate, was the coldest area in Oman on 14 November, at 11.5 degrees. Yaaloni and Mazyunah (both 15.2 degrees), Maqshin (16 degrees) and Thumrait (16.5 degrees), all recorded temperatures in the teens, making them some of the most pleasant places in the country.