If you litter in Oman, you’re a ‘criminal’ 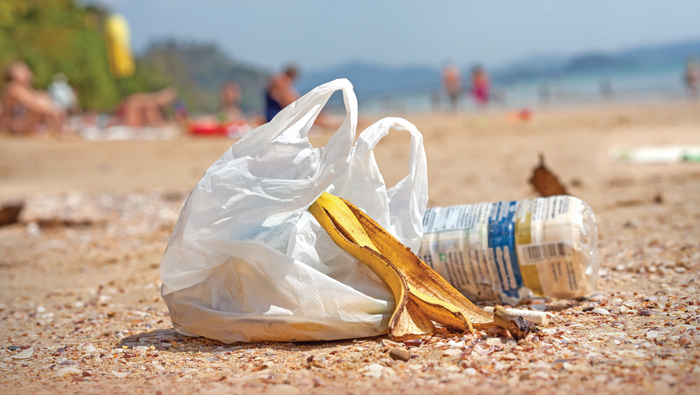 Muscat: Dumping your trash and leaving it for others to clean up makes you ‘like a criminal’, a top official at Oman’s leading waste management company has said.
Khamis Al Siyabi, Department Head of Municipal Solid Waste (MSW) Operations at Be’ah, the Oman Environmental Services Holding Company, said not disposing of waste properly showed a lack of consideration for society, the environment, and the economy.
In addition, Oman’s Ministry of Tourism and hotel bosses have also asked people to keep the country clean, not just for their own benefit, but so that they leave a good impression on tourists and businessmen who visit the Sultanate.
In an exclusive interview with Times of Oman at the TFM radio station, Al Siyabi said, “The mere fact that you generate trash and then throw it away, for example, going for a nice barbecue and then simply leaving the waste, it’s like a criminal. There are fines in place for those who violate the rules and throw trash in areas other than those
designated.
“Muscat Municipality has imposed a fine of OMR100 for the first offence, to be doubled should the offence be repeated,” he added. “Spitting on the ground in public areas is also punishable with a fine of OMR20, according to municipal order 55/2017. Throwing leftover garden debris or furniture by a bin carries OMR50 and the fine increases to OMR100 if that includes renovation or construction waste.
Municipal Council Member of Muscat Mahmood Abdul Qadir Al Shahwarzi said:“These laws are in place as a deterrent but I think they should be increased, especially for larger offences, such as placing furniture or construction waste in normal trash bins. For that last offence, I think it is perpetrated by those who are trying to cut costs while renovating housing. If there is a fine of OMR1,000 or so for this offence, people would be afraid to do it. It is our responsibility as Omanis to insist that the trash is disposed of properly, and I think everybody knows that.
“I think the key message to the public is ‘it is your waste’,” Al Siyabi added. This is something that we generate as a society. Following the right behaviour is crucial, as the government has invested in the infrastructure, including the bins. We cannot have bins all over the place, so having people take responsibility of their own waste is crucial. If we grow that culture and nurture it, we would have a tremendous benefit economically and socially,” he added.
According to Praveen George, General Manager – Sales and Marketing at Al Falaj hotel, “Tourists love to visit a clean country, and those who visit the country will see its beauty, so will be encouraged to drive and walk around, which leads to a boost in commercial activity in the area. “The biggest waste in my opinion is putting government money into cleaning the area when it could be avoided.
The Ministry of Tourism is also working to increase awareness regarding trash disposal in tourist areas.
Aamina Al Balushi, Director of Tourism Awareness at the Ministry, said: “There are over 11 ongoing awareness projects in the field of tourism awareness regarding keeping tourist hotspots clean. These are carried out in coordination with the Ministry of Environment and Climate affairs and Be’ah, as well as the Ministry of Regional Municipalities and Water Resources.
“The ministry has worked to lower the problem of littering at tourist areas with the help of volunteer groups, schoolchildren, and higher education students. Fliers are also provided to tourists at border crossings and airports,” she added.
Mohanad Yahya Al Jumaa, Director of the Be’ah Academy, added, “It’s a very sad thing when you drive past and see garbage right next to the bin. If you manage to reach the bin, throw the trash in. It’s good for you, your family, and the future generations.”
One resident told Times of Oman, “I usually try to throw the trash in the bins, but if I miss, it feels like it’s close enough so I don’t bother moving over and putting it in the right place.” Another Omani added, “If the trash is full, it’s not my fault and not my job to clean it up.”
One citizen said to Times of Oman, “We go out for extended camping trips where we accumulate a lot of trash that we can’t take back because of the space. We tend to burn this trash because we think it’s better than just throwing it out.
“Such attitudes are harmful because they contribute to polluting the Sultanate, according to Al Siyabi, leading to an increase of trash and harmful effects on the economy.
He said, “Some people have that idea that it’s the municipality’s or Be’ah’s job to clean the waste. When people say that, I think most people mean it as a joke. The government is working to provide the resources, from human resources to equipment, to actually clean those areas, and these are resources which could have easily been diverted to something more beneficial to the country as a whole.
“It might seem like a small thing for an individual to throw away their waste, but collectively, for example, if one thousand people do the same thing across the country, there’s a financial strain to the country.”