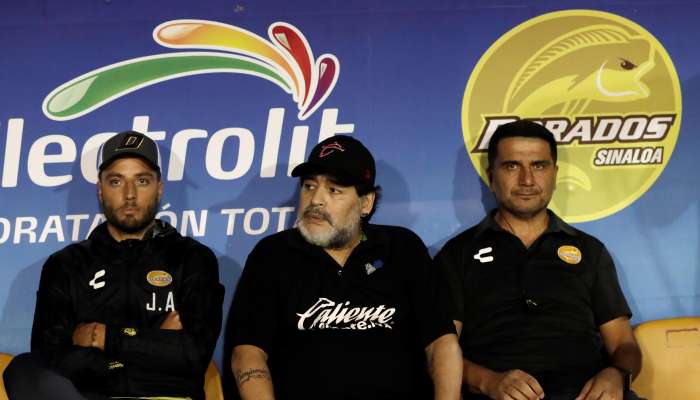 The emergency operation at the Olivos clinic in Buenos Aires was conducted after the 60-year-old was diagnosed with a subdural haematoma, a pool of blood between a membrane and his brain.

"The surgery was performed by a team of renowned neurosurgeons and lasted approximately one hour and 20 minutes," said Leopoldo Luque, Maradona's personal physician, in an impromptu press conference following the procedure.

"The subdural hematoma was evacuated successfully. Diego got through the surgery very well and is awake."

"Everything is under control... We are going to see how he recovers, day by day. The early signs are very good for an operation that is not highly complex, but is still neurosurgery."

Around 50 football fans keeping a vigil outside the clinic shouted "Diego, Diego" upon hearing news of the outcome of the surgery.

Maradona was admitted to the Ipensa clinic in La Plata, south of Buenos Aires, on Monday with what was initially thought to be dehydration and anemia. He was transferred to the Olivos clinic on Tuesday afternoon.

Universally recognized as one of the best footballers ever, Maradona has suffered a long list of health problems since ending his playing career in 1997.

In 2004, the 1986 World Cup winner was hospitalized with severe heart and respiratory problems related to a long battle with drug addiction. He has also undergone two gastric bypass operations to control his weight and received treatment for alcohol abuse.

In 2019, Maradona had surgery to stop bleeding in his stomach and also underwent a knee operation.