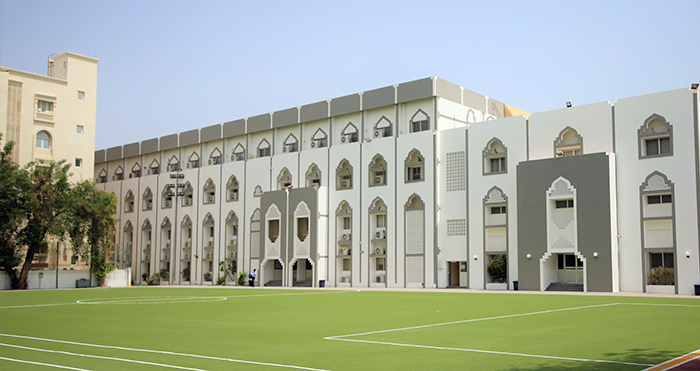 The Indian School Al Ghubra contingent consisting of Kshama Sushilkumar Mumbai and Suyog Suhas Bhat won the prestigious Ambassador’s Polemic Challenge, in the debate event organised on October 28. 2020, under the aegis of the Board of Directors, Indian Schools, Oman.

Ambassador’s Polemic Challenge is an annual event for the Indian Schools in Oman, organised by the Board of Directors. This year, the 12th edition of the event was held virtually, with Indian School Sohar as the host. The topic of the debate was ‘Online education has made students more independent learners’.

In his introductory message, Dr. Baby Sam Samuel, Chairman, Board of Directors, Indian schools in Oman noted the infodemic of misinformation and stressed that skills such as critical thinking, rational thinking and openness to new ideas are important to overcome misinformation and also thrive as a 21st century global citizen. He added that straddling the opposing positions during the debates can help students in enhancing their persuasion skills.

Munu Mahawar, Ambassador of India to the Sultanate of Oman inaugurated the debate competition and noted that debating has been a part of Indian tradition. It is very important to look at an issue from all angles, considering its pros and cons in an objective manner and then arrive at the conclusion. His Excellency commented that the topic of the debate was quite relevant.