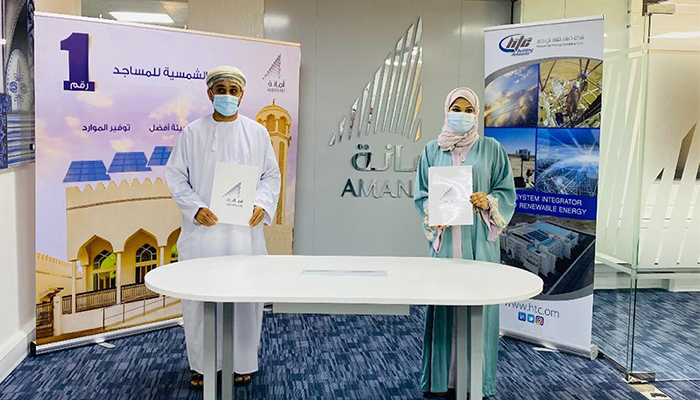 An agreement to this effect was signed by Amana with one of the small and medium enterprises specialised in the field. The initiative comes as a strategic approach meant to open inroads by supplying endowment projects with solar power. The next step is to proceed with other enterprises that generate social and environmental benefits. The initiative figures among the strategic choices undertaken by Amana Investments to found socioeconomic quality projects that generate employment opportunities for Omani youth.

Eng. Yousef bin Ali Al-Harthy, CEO of Amana, pointed out that the initiative fits with Oman Vision 2040 and the global green buildings trend. The Sultanate, with its year-round sunshine, provides a great opportunity for sustainable solar projects, Al-Harthy added.

He pointed out that the project aims to cut energy consumption in prayer areas by 40 per cent, in addition to 20 per cent extra power, which Amana will coordinate to invest and generate revenue for the mosques in cooperation with the departments concerned.

The shift to new sources of renewable energy is considered an important part of the Sultanate’s ambitious plans to capitalise on clean energy with the prime aim of providing 30 per cent of its energy needs by 2040.