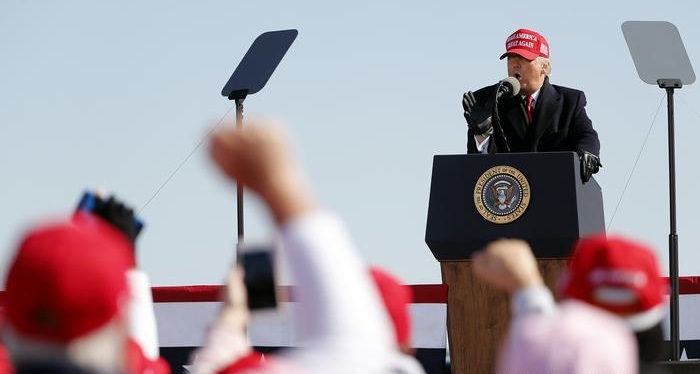 US President Donald Trump and his rival Joe Biden spent the final hours of campaigning in the key swing states that will eventually decide their election fates, as Americans head to the polls on Tuesday.

However, almost 100 million US citizens have already cast their ballot via a postal vote, much to the chagrin of Trump, who believes it may harm his chances of victory.


While the two presidential candidates may have the same goal, to lead the country for the next four years, the final messages they delivered could not have been more different.

While Trump appeared at rallies in North Carolina, Pennsylvania and Wisconsin and spoke of potential "violence" and "cheating like you have never seen" if ballot counting takes several days, Biden was in the city of Pittsburgh calling for calm.

Trump's incendiary message, which he later repeated on Twitter, came after the US Supreme Court dealt Republicans an early election blow last week by allowing extended deadlines for receiving mail-in ballots in Pennsylvania and North Carolina — states pivotal to the president's reelection chances.


After several months of campaigning, with the coronavirus pandemic dividing the nation, it was also a theme on the final day on the trail. Trump told his supporters: "A vote for Biden is a vote for lockdown, misery and layoffs."

Biden, who is backing restrictions to curb the spread of the virus, traveled to Ohio, another battleground state, bringing four of his grandchildren with him, as he pledged to protect citizens as if they were family if elected.

Biden is currently ahead in national polling averages, though his lead has narrowed slightly heading into election day.

Whether a definitive winner emerges in the coming days remains to be seen, with many predicting a lengthy battle in the law courts to decide who becomes the next president of the United States.