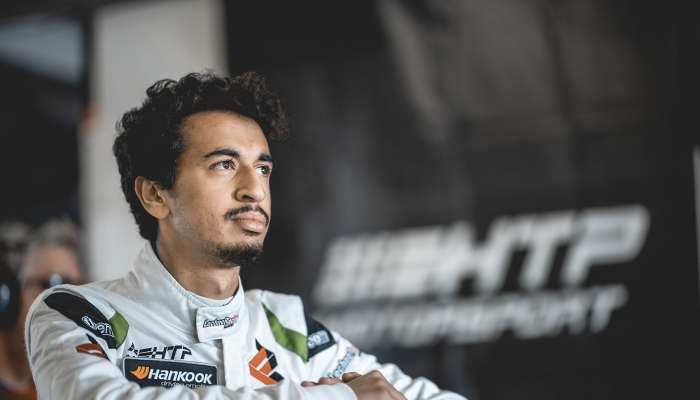 Muscat: After an absence of ten months due to the ongoing COVID-19 pandemic, Oman’s racing star Al Faisal Al Zubair will return to action at British GT race at Silverstone circuit on November 7 and 8.

The two-time former winner of the Porsche BWT GT3 Cup Challenge Middle East received an invitation to participate in the race with the 2 Seas Motorsport team, ranked as one of the top teams in Europe. The race will last for three hours and Al Faisal will drive with his teammate Martin Kodric at McLaren 720 GT3.

The talented young racer’s last appearance was in Dubai circuit as he was competing at the Hankook 24Hr Dubai 2020. The race was not completed due to heavy rain and the organising committee cancelled the race. Prior to Dubai race, Al Faisal had taken part in another GCC race in Yas Marina circuit in Abu Dhabi at AMG GT3.

2 Seas Motorsport team is currently positioned at third place in the race table. Joining of Al Faisal Al Zubair will definitely support the team in claiming the top spot in the race which will feature the participation of a large number of renowned international drivers. Omani racer has gained excellent experience in different races that he took part including Porsche GT3 Cup Challenge Middle East, Porsche BWT GT3 Cup and the GCC Endurance races. In all the motorsports events, Al Faisal managed to provide impressive show.

Al Faisal Al Zubair will enter the race in silver category with other opponents. He will look definitely to demonstrate and develop his technical performance as he will join in the forthcoming endurances races in the next season.

To have better adaptation to the circuit, Al Faisal had some practices along with his teammate Martin Kodric at Silverstone circuit. Despite all the challenges, the 2 Seas Motorsport team gained the right experience especially when the race will be in runny weather conditions.

Commenting on his new experience with the international racer Martin Kodric at 2 Seas Motorsport team, Al Faisal said he is happy with returning to the racing life and the actions at the circuits.

“Thanks to the 2 Seas Motorsport team for their confidence to represent the team in the forthcoming rounds at British GT race. I believe it is a golden opportunity towards accomplishment better development and experience in the field and support the team reaching to the podium. Obviously, this event will act as great preparation for the forthcoming season as I am looking for a new team in the endurance races and that will be unveiled very soon. I hope to achieve all the targeted objectives with the 2 Seas Motorsport team and claim the podium,” he added.