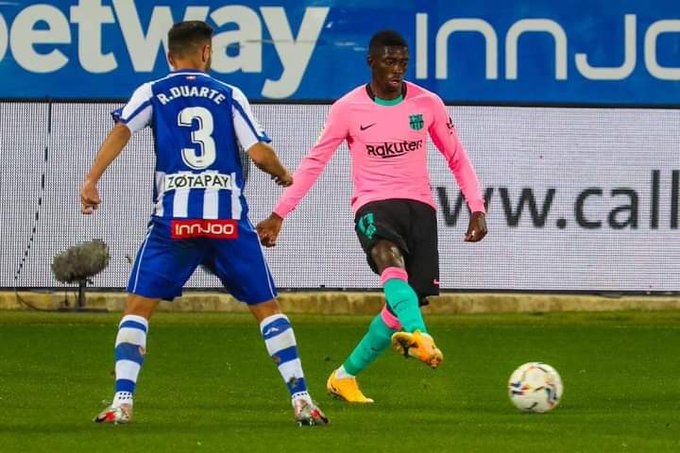 Vitoria-Gasteiz: Barcelona manager Ronald Koeman said he is worried about the team's performance in attack after his side witnessed a 1-1 draw against Alaves in La Liga here on Saturday.

"I'm worried by our performance in attack. It's not an attitude problem, nor concentration, but it's a question of being more assured in front of goal," Goal.com quoted Koeman as saying. "It happened to us against Juventus and today as well. Furthermore, we gifted Alaves their goal. But if we create that many chances, we can't miss so many. If you create chances and you only score one, it's not good," he added.

Alaves took the lead in the match after Luis Rioja scored a goal in the 31st minute of the match. However, Barcelona managed to level the score with the help of Antoine Griezmann's second-half strike.

Koeman further stated: "I think the play has been, in general, very satisfactory. I'd be more worried if we weren't creating chances. We have to perform better in front of the goal. The final pass, the final shot. We can't miss so many [chances]. We're missing too many."

Barcelona's Antoine Griezmann said they are 'angry' after failing to win the match against Alaves in La Liga  on Sunday.

"We are angry, and angry because we wanted the three points. We are failing a lot in front of the goal, I am the first. We have had many chances, but we have only scored one," Goal.com quoted Griezmann as saying. Barcelona was restricted to a 1-1 draw by Alaves. Alaves took the lead in the match after Luis Rioja scored a goal in the 31st minute of the clash. However, Barcelona managed to level the scores with the help of Griezmann's second-half strike.

Griezmann admitted that his side has to work to improve their performance.

"We have to work to improve. The team needs my goals and I try to improve on that," he said.

Barcelona have so far played six matches in the ongoing season of the La Liga and won just two of them. Sitting on the 12th spot on the points table, the team will now take on Real Betis in the league on November 7.