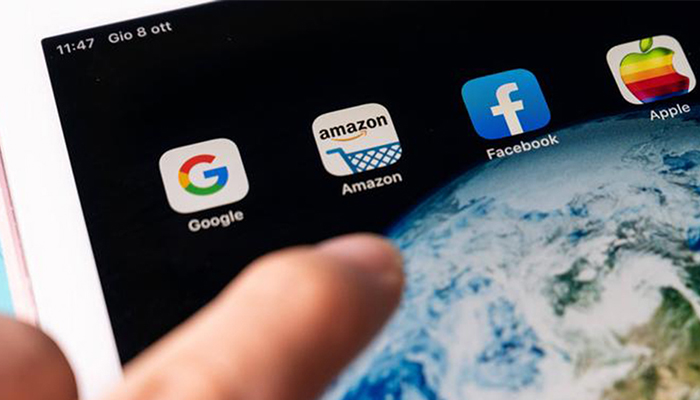 Five big technology giants on Thursday posted mixed earnings in the latest quarter as they grapple with a pandemic-induced economic slowdown and greater political scrutiny.
Amazon, Apple, Google-parent Alphabet, Facebook and Twitter reported earnings that exceeded analyst expectations but a dim outlook led to drops in share prices for all except Alphabet in after-market trading.

The earnings come a day after the CEOs of Facebook, Google and Twitter were grilled by the United States' Senate Commerce Committee over accusations of anti-conservative bias. The top executives rejected the accusations in their testimonies.
Thursday's results showed a combined profit of $38 billion (€32.5 billion) for Amazon, Apple, Facebook and Google.

Amazon reported a record $6.3 billion profit in the third quarter, almost triple the company's profits in the same quarter last year. Revenues jumped 37 per cent from last year as Amazon reported $96.1 billion in net sales, boosted by a continued surge in online shopping due to the COVID-19 pandemic.

Apple had the most disappointing results in the group with a modest dip in earnings. Apple's profit dropped 7 per cent to $12.7 billion. Apple shares also nosedived by 5.9 per cent as it announced weaker iPhone sales — the major income driver for the tech giant — in the earnings release.

While the revenue rose to $64.7 billion in the fiscal fourth quarter, revenue from iPhone sales slid around 20 per cent from a year ago, making investors anxious.
After suffering its first-ever quarterly decline in revenue in the previous quarter, Google-parent Alphabet's profits rose 59 per cent to $11.2 billion. The company's revenue climbed 14 per cent to $46.2 billion.

Facebook's profits were up 29 per cent from last year at $7.8 billion and revenue rose to $21.2 billion  but looking ahead to 2021 the company predicted a "significant amount of uncertainty.''

The company also predicted uncertainty going forward, partly due to the upcoming US election, and said it is "hard to predict how advertiser behaviour could change.''