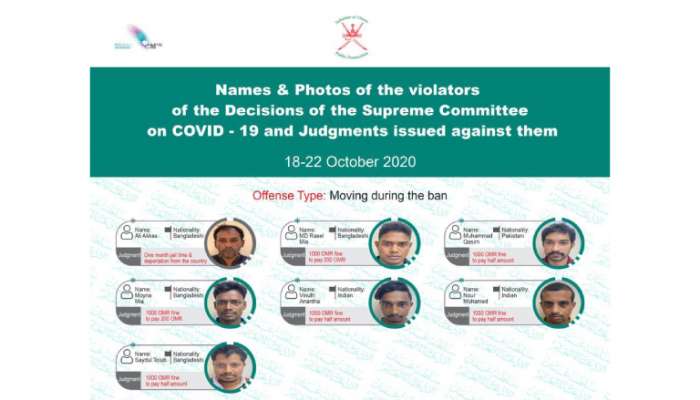 Muscat: Public Prosecution has issued pictures and names of people who violated the decisions of the Supreme Committee.

A statement issued by Public Prosecution said, “On October 21-22, 2020, primary courts of Dhofar and South Sharqiyah Governorates issued penal judgments against violators of the decisions of the Supreme Committee on COVID-19.”

The statement added that “the Public Prosecution initiated criminal action against seven suspects who moved during the ban time in violation of the decision to ban movement. The suspects were referred to the concerned courts that issued judgments for one month of imprisonment and fines of OMR 1000 against the suspects in addition to deportation from the country.”