A day of joy for Dhofar 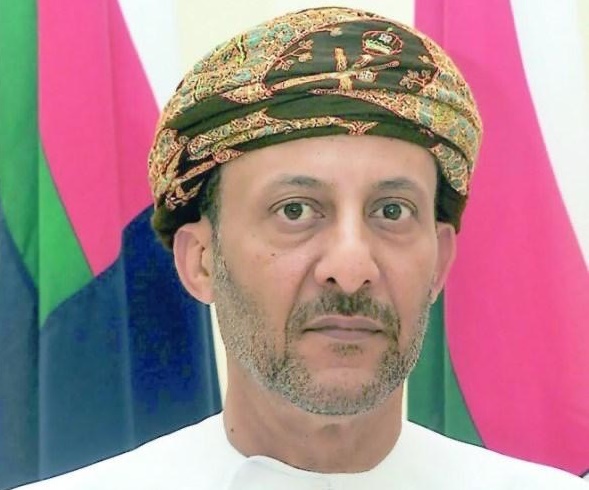 Muscat: The sheikhs with whom His Majesty Sultan Haitham Bin Tarik met during his recent visit to the Dhofar governorate have expressed their sincere thanks at meeting and being able to openly discuss their concerns with him.
His Majesty the Sultan met with them on September 15, at Al Hisn Hall in the quarter of Al Shati in Salalah, the regional capital. Among them was present Sheikh Ahmed bin Salim bin Ahmed Al Shanfari, a sheikh of the Shanfari tribe of the Wilayat of Salalah.

**media[1149155]**
He said, “With his kindness, his smile and the wonderful manner in which he spoke, His Majesty was like a father to us. This really had a good impression on all the sheikhs assembled. He spoke about employment for young people in the near future, which would be important, especially since many of their fathers have retired, but still have bank loans to pay, while they themselves are still job seekers. This represents a burden to the family, to fresh graduates, to job seekers, and affects the capabilities of the national workforce.
“His Majesty showed great interest in speaking about job seekers, and he told citizens he would equate the benefits of people in the private and public sectors, which means employees in the private sector will enjoy the same privileges as those in the public sector, both during employment and after taking retirement.”
During his time in the south of the country, His Majesty the Sultan also discussed those facilities vital to Dhofar, including the expansion and development of Sultan Qaboos Hospital, and the completion of a referral hospital to benefit people in the governorate, as well as the tourists who come there in large numbers, particularly during the Khareef season.
His Majesty also discussed spurring economic growth through the development and expansion of the port in Raysut, and expanding the farms of the Najd, to achieve self-sufficiency.
“Instead of being importers, we will become exporters, especially since the Najd farms are characterised by fertile lands and abundant water,” explained Al Shanfari. “We aim to fill the basket of the Omani citizens with all kinds of fruits and vegetables from our land and build our homes, with the goods from the ports of the country, which overlook distinct places on the Arabian Sea, near Bab Al Mandab and the Red Sea through which many cargo and tourist ships pass.”
“That his first direct meeting with the people began in the Dhofar governorate is a source of great pride and honour for us,” he added.
“We stand ready to serve him. We extend our sincere gratitude and loyalty to His Majesty Sultan Haitham Bin Tarik, and we thank him for the great interest, appreciation and generosity he showed in meeting us. This gives us renewed hope in our efforts towards building this country.”

**media[1149156]**
Sheikh Masalam bin Ahmed Al Hadhari, who serves as the Wali of Thumrait, said meeting His Majesty made Tuesday a ‘day of joy’ for him, as he really appreciated his eagerness to openly listen to his people. “His Majesty spoke to us with a warm smile and listened to us keenly,” he said. “The sheikhs and other persons assembled there asked for permission to set up a government university in His Majesty’s name, to honour his visit.”
Adding to this, Sheikh Al Munther bin Ahmed Al Marhoon, the Wali of Sadah, also said His Majesty Sultan Haitham Bin Tarik paid close attention to what those assembled had to say. “Employment issues formed a part of the conversations between His Majesty the Sultan and the sheikhs in the Dhofar, and he listened carefully when they spoke to him,” he said. “We are most appreciative of the Royal Visit undertaken by the leader of our country.”
The wali of Al Mazyona has said that all issues raised at the meeting of His Majesty the Sultan with sheikhs and notables of Dhofar Governorate are public issues of interest to citizens.

**media[1149154]**
Sheikh Bakhit bin Salim Al Maashani, Wali of Al Mazyona, said told Al Shabiba, the Arabic siter publication of the Times of Oman: “We are proud of this meeting and the high honour of His Majesty to Dhofar. All the issues that were presented to His Majesty are public projects, and His Majesty gave good news in terms of replacement and employment. There is comfort in the meeting, as it was simple and direct.”