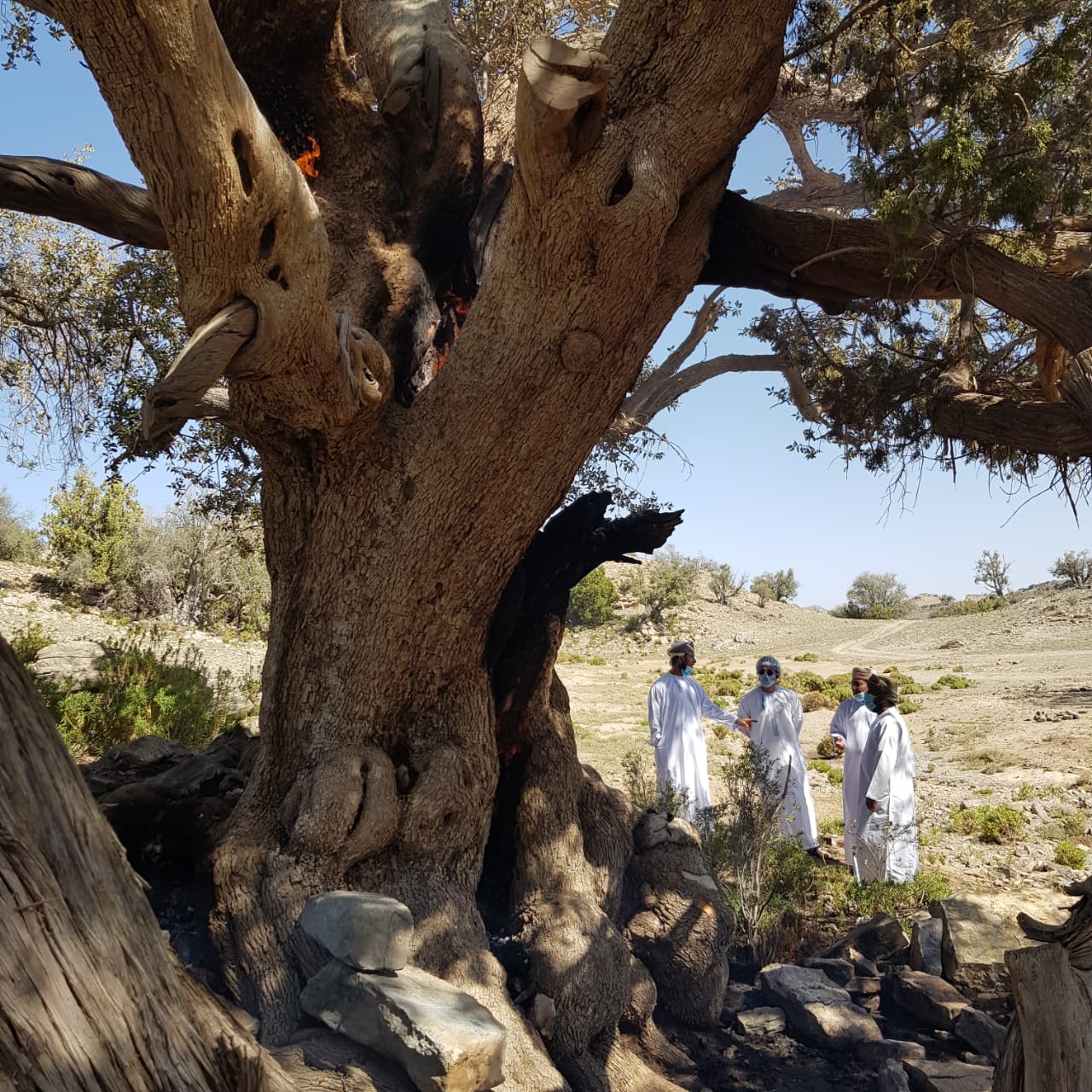 The statement said, "His Excellency directed the specialists to expedite work to find quick and appropriate solutions to solve the problem, and to take preventive and legislative measures urgently to curb these repeated abuses that threaten the rare and important plants in the Omani environment."

"His Excellency affirmed that these behaviours betray the irresponsibility and indifference of some tourists, by lighting a cooking fire near these trees, especially since the quality of the trees is oily and is rapidly affected even by cooking and barbecuing residues," the statement added.