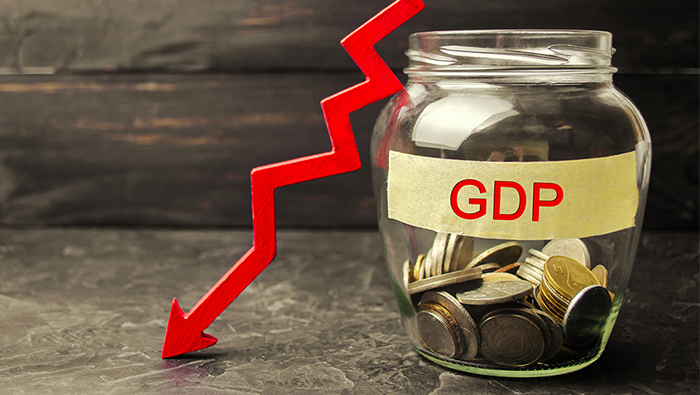 Muscat: Economies in the Middle East are forecast to shrink by 7.6 per cent this year, according to a new report.
The Economic Outlook report from Oxford Economics, commissioned by ICAEW (the Institute of Chartered Accountants in England and Wales) forecasts a 7.6 per cent contraction in GDP this year for the Middle East, almost double the 3.9 per cent contraction which they predicted in April. However, growth is expected to return to 4 per cent in 2021 and 2022 as lockdowns are fully eased, global travel picks up and Brent oil prices move closer to $50 per barrel.
ICAEW held a webinar to accompany the release of the report and share its insights on the global and regional economic outlook. In focus were the most exposed industrial sectors facing a long-term recovery – particularly the oil sector and travel and tourism industry.
Panellists included Tim Fox, Economist and former Emirates NBD Group Head of Research & Chief Economist; Zibo Cao FCA, Associate Director of Macquarie Infrastructure and Real Assets Fund; and Dr Ernest Kan FCA, Chief Advisor of Capital Markets China. The session was led by Scott Livermore, ICAEW Economic Adviser and Chief Economist at Oxford Economics. He explained that during the first half of this year the global economy shrank at a pace unprecedented since World War II, as national governments implemented social distancing measures to battle the spread of COVID-19. While stringent lockdowns implemented in the second quarter of the year (Q2) appear to have been successful in limiting the spread of the virus in most countries, they have put a significant strain on economic activity.
The outlook for the non-oil economy in the Gulf Cooperation Council (GCC) countries remains challenging. Travel restrictions will likely be a fact of life for some time, weighing on global tourist activity, an important pillar of the non-oil economy. Oxford Economics’ forecast assumes that globally, international visitor arrivals will decline by 55 per cent in 2020 and will not recover to pre-crisis volumes until 2023. While economic factors will play a role in the global recovery, how quickly travel restrictions are lifted and the speed, at which people are prepared to resume foreign travel, will be more important.
The region’s dependence on expat workers in vulnerable sectors means the burden of job losses will mainly fall on the expat population. With expat visas depending on employment and the lack of a social safety net, an expat exodus is likely as travel restrictions are eased. This could result in the population declining by between 4 per cent in Saudi Arabia and Oman, and around 10 per cent in the UAE and Qatar.
Michael Armstrong, FCA and ICAEW Regional Director for the Middle East, Africa and South Asia (MEASA), said, “What makes this global recession extraordinary is both its severity as well as the speed at which it took place. The issues we face are global and require an international, collective solution. To rebuild the economy, Middle East governments must remain resilient and think long-term to make better-informed decisions.”
Exports levels in oil-producing countries are experiencing severe damage, as they grapple with the huge collapse in oil prices which took place during March and April. The report forecasts that across the GCC, total exports will decline by between 6 per cent to 12 per cent in 2020. However, for oil importers, the outlook is slightly more encouraging due to the benefits from lower oil prices, even as crucial sectors such as trade and tourism take a hit and remittances come under pressure.
Trade outlook weaker in post-COVID-19 global economy
Global GDP contracted by around 9 per cent in the first half of 2020, the report found, and despite a strong rebound of 6.4 per cent in Q3, global growth will contract by 4.4 per cent in total in 2020. However, strong momentum from the second half of the year will drive growth to 5.8 per cent in 2021.
According to Oxford Economics, the average advanced economy contracted by about 10 per cent quarter on quarter in the second quarter of 2020 (the quarter where many countries had almost total lockdowns), after a near 2 per cent fall in the first quarter of the year (Q1).
The panellists said that the crisis has severely disrupted the international flow of goods and services and may well have long-term consequences to the global trading system. Before the pandemic, global trade was already experiencing a long-term slowdown as a result of protectionism and a change in the structure of supply chains. Even once the virus is brought under control and economic activity has returned to pre-pandemic levels, Oxford Economics expects these issues to remain. This structural decline is likely to accelerate as governments aim to reduce the vulnerabilities that the pandemic has exposed in the global trading system.
The COVID-19 economic fallout is also reinforcing the medium-term forces that have been exerting downward pressure on long-term interest rates and government borrowing costs over the last decade, such as disinflation and slower medium-term growth.
The likelihood is that central banks will keep interest rates low for a considerable period. Also, quantitative easing, regulations encouraging banks and insurers to hold government bonds, a rise in precautionary savings of households and businesses, and a further increase in global demand for ‘safe assets’ will further keep government bond yields and borrowing costs contained for the next four to five years.