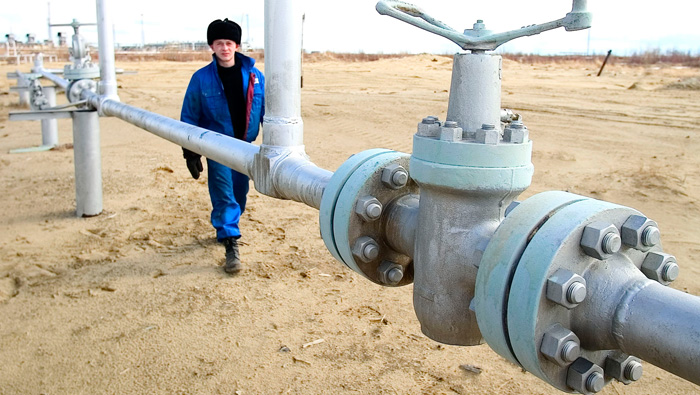 Panaji: India and Russia have agreed to explore building the world's most expensive pipeline costing close to $25 billion to ferry natural gas from Siberia to the world's third biggest energy consuming nation.
The pipeline is to connect Russian gas grid to India through a 4,500 km to 6,000 km pipeline, officials said. The shortest route will entail bringing the pipeline through Himalayas into Northern India, a route which poses several technical challenges.
Alternately, the pipeline can come via Central Asian nations, Iran and Pakistan into Western India. However, the route will be expensive when compared to the long discussed but shorter and cheaper Iran-Pakistan-India (IPI) pipeline. Tehran may suggest India take its gas through IPI rather than building such an expensive pipeline, they said.
The third and the longest alternative is to lay a pipeline through China and Myanmar into North East India bypassing Bangladesh.
According to preliminary cost estimate prepared by state-owned Engineers India, which on Saturday signed an agreement with Russian gas monopoly Gazprom for studying the Russia-India pipeline, the longest route of 6,000 km may cost close to $25 billion. The cost of transporting gas may be $12 per million British thermal unit, according to EIL.
The memorandum of understanding (MoU) signed in the presence of Prime Minister Narendra Modi and Russian President Vladimir Putin at the India-Russia Annual Summit on sidelines of the 8th BRICS Summit here, also envisages roping in ONGC Videsh, gas utility GAIL India and Petronet LNG for the study.
Sources said natural gas produced in East Siberian fields is to be pumped into Russian gas grid which would be connected to India through the cross-country pipeline network. While the cost of transporting gas via the long discussed IPI pipeline is less than $1 per mmBtu, the same for the Turkeministan-Afghanistan-Pakistan-India (TAPI) pipeline is around $2 per mmBtu.
According to industry experts, a realistic transportation cost would be $4 per mmBtu for the Russia-India gas pipeline. This excludes the transit fee to be paid to nations through which the pipeline will pass. Russia is seeking to expand energy ties in Asia amid tensions with the West sparked by Moscow’s annexation of Crimea in 2014.
Indian companies have snapped up stakes in production assets in Siberian fields. The MoU is being seen as an attempt to strengthen ties between the world's largest oil producer and the world's fastest growing fuel consumer.