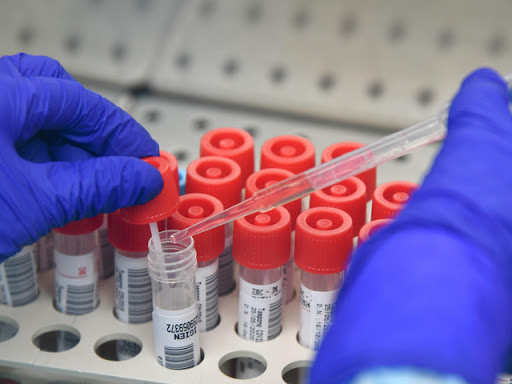 London: The third phase of AstraZeneca's coronavirus vaccine have resumed in the UK, days after they were halted over safety concerns.

AstraZeneca said on Saturday that it received confirmation from the United Kingdom's Medicines Health Regulatory Authority that it was safe to resume clinical trials, CNBC reported.

AstraZeneca, a UK-based biopharma giant, had announced on Tuesday that the phase 3 testing of its COVID-19 vaccine being developed by it with Oxford University has been put on hold due to a suspected serious adverse reaction in a participant in the United Kingdom.

The company said that that the "standard review process triggered a voluntary pause" to all global trials on September 6 so that independent committees and internal regulators could review the safety data.

"Clinical trials for the AstraZeneca Oxford coronavirus vaccine, AZD1222, have resumed in the UK following confirmation by the Medicines Health Regulatory Authority (MHRA) that it was safe to do so," Astra Zeneca said in a statement.

While trials can now resume in the UK, the status of trials elsewhere remains unclear.

"The company will continue to work with health authorities across the world and be guided as to when other clinical trials can resume to provide the vaccine broadly, equitably and at no profit during this pandemic," the statement said.

The University of Oxford, which developed the vaccine in partnership with AstraZeneca, said on Saturday that some 18,000 people have so far received the vaccination in trials.

"In large trials such as this, it is expected that some participants will become unwell and every case must be carefully evaluated to ensure careful assessment of safety," it said in a statement.