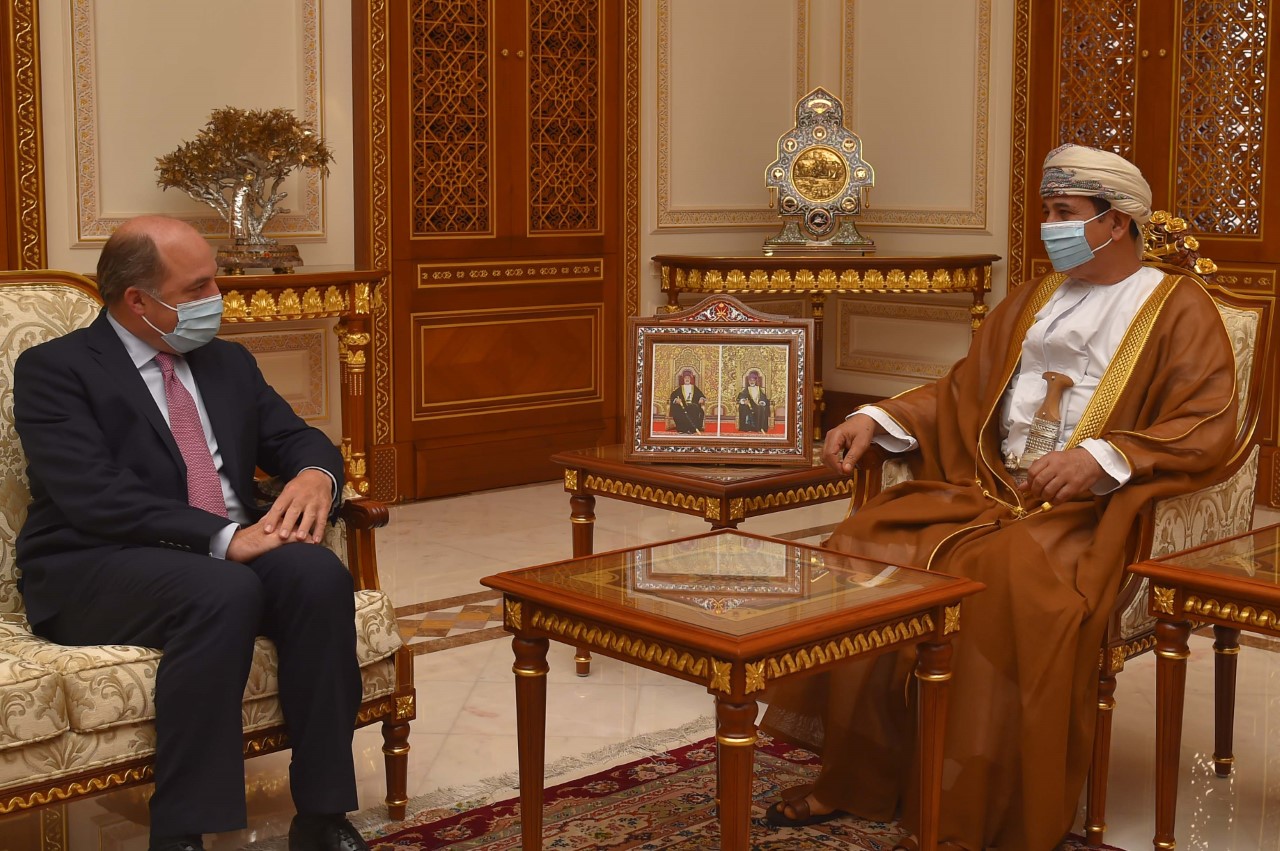 Muscat: General Sultan bin Mohammed Al Nu’mani, Minister of the Royal Office received Ben Wallace, Secretary of State for Defence in the United Kingdom (UK) and his accompanying delegation in his office on Wednesday.
Gen. Al- Nu’mani reiterated the historic, strong relations with the friendly United Kingdom and their development in several fields, thanks to the attention accorded by the two leaderships of the two countries.
On his turn, the UK State Secretary for Defence expressed his thanks and appreciation for the Sultanate’s role at the regional and international arenas, as well as the Sultanate’s role in strengthening ties of friendship and understanding.
The meeting also reviewed the march of advanced relations binding the two friendly countries, in addition to touching on a range of issues of mutual interest.
The meeting was attended by Hamish Cowell, UK Ambassador to the Sultanate.