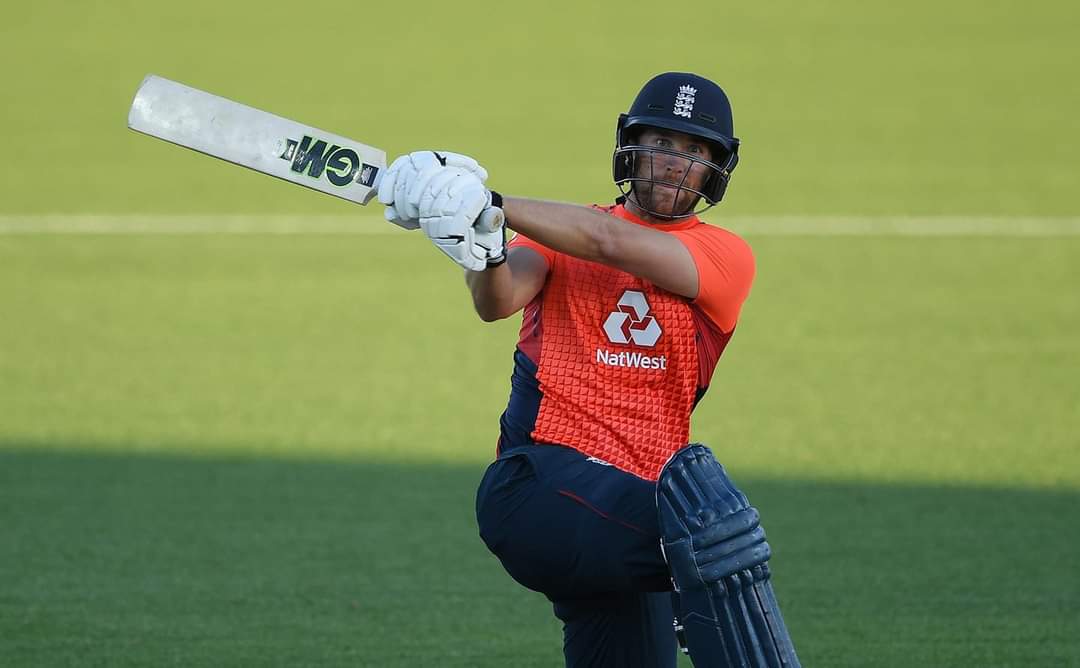 Dubai: England batsman Dawid Malan has seized the number one position in the ICC Men's T20I Player Rankings after a fruitful home series against Australia, which England won 2-1.
The 33-year-old left-hander has progressed four places after a series-topping run aggregate of 129, which included a player of the match effort of 66 in the first fixture. Malan, whose previous best ranking was second in November last year, is now eight rating points ahead of Pakistan's Babar Azam. Malan's teammates Jonny Bairstow and Jos Buttler have also made headway in Wednesday's update. Bairstow has gained three slots to reach a career-best 19th position after scoring 72 runs in the series while Buttler has moved from 40th to 28th after scoring 121 runs in two matches, which also won him the player of the series award.
For Australia, captain Aaron Finch's 125 runs in the series helped him retain third position. Glenn Maxwell also holds on to his sixth position among batsmen while gaining one slot to reach second position in the list of all-rounders led by Afghanistan's Mohammad Nabi.
England leg-spinner Adil Rashid has gained two slots to reach seventh position after finishing as the most successful bowler in the series with six wickets, while Australia left-arm spinner Ashton Agar's five wickets have enabled him retain third position, behind the Afghanistan spin pair of Rashid Khan and Mujeeb ur Rahman.
Australia fast bowler Kane Richardson has moved into the top 10 for the first time in his career after taking three wickets in the series while his compatriot Mitchell Starc (up seven places to 18th) and England's Mark Wood (up 41 places to 79th) have also made notable gains.
Meanwhile, Australia have reclaimed the top spot in the ICC Men's T20I Team Rankings after briefly conceding it to England during the series.
Australia started the series 10 points ahead of their rivals at 278, but were overtaken after losing the first two matches, when both were on 273 points, with England ahead on decimal points. Australia, who were number one for the first time in this format at the time of the annual update on May 1 this year, are now on 275 points and England on 271.