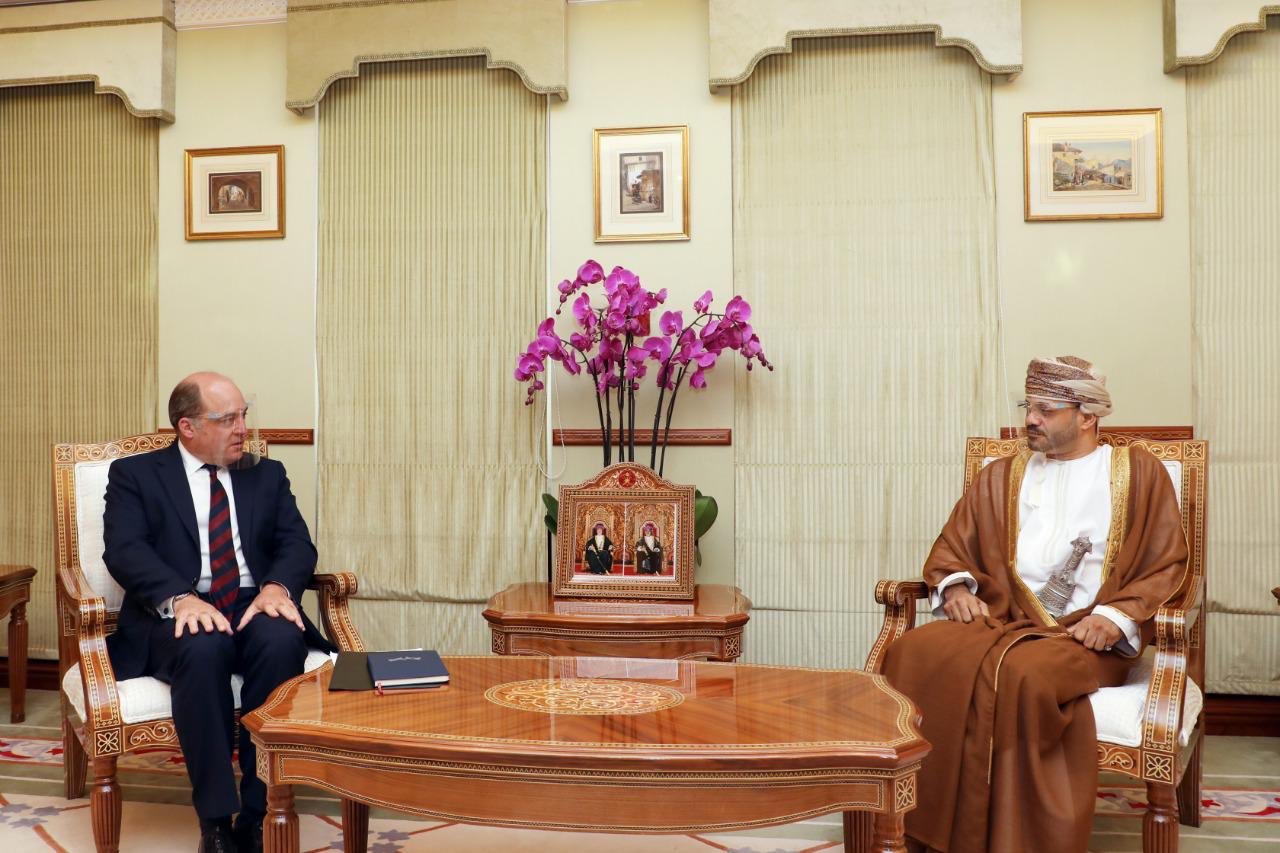 Muscat: Sayyid Badr bin Hamad bin Hamoud Al Busaidi, Foreign Minister received Ben Wallace, UK State Secretary for Defence at the General Diwan of the Foreign Ministry on Tuesday.
The meeting discussed bilateral cooperation between the two countries and means of enhancing them between the two countries and people. This comes within the context of the joint friendship declaration, bilateral relations and the joint defence agreement.
During the meeting, they exchanged views on a number of current regional and international issues of common interest. The two sides stressed the importance of supporting all peaceful efforts that aim at strengthening ties of cooperation and understanding in a way that enhances pillars of peace and security in the region and the world.
The meeting was attended by Sir Edward Lister, Chief Strategic Advisor to the Prime Minister, Hamish Cowell, UK Ambassador to the Sultanate, Dr. Abdullah bin Hamad Al-Badi, Head of the Minister's Office Department and a number of officials at the ministry.