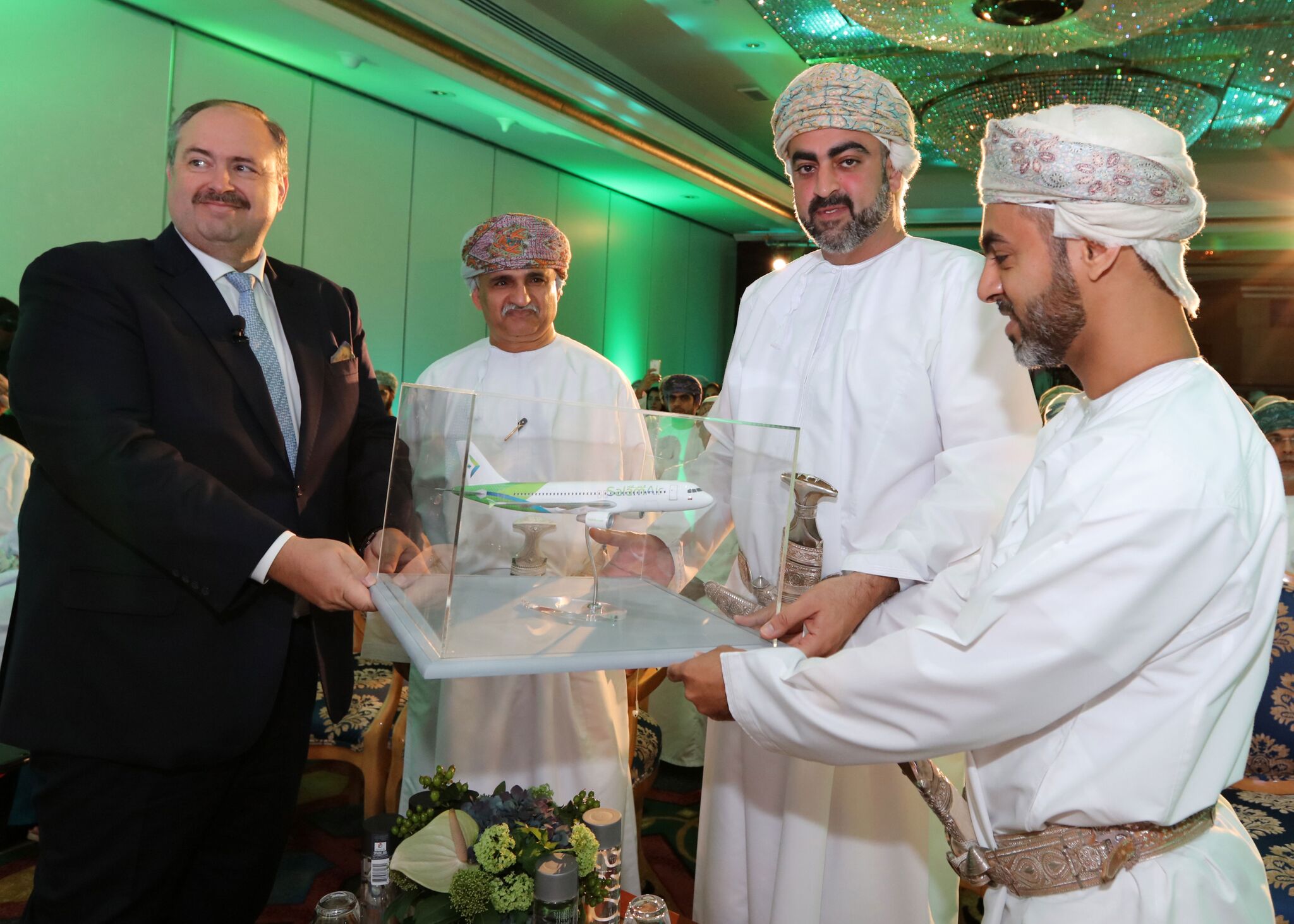 Muscat: SalamAir—Oman’s first budget airline—plans to connect Muscat with Salalah with four flights a day, besides flying to Dubai and Jeddah, the airline announced on Tuesday.
Speaking to the Times of Oman, François Bouteiller, chief executive officer (CEO) of SalamAir said: “We are looking at launching flights to East Africa and the Indian subcontinent also.”
The launch of the budget airline may bring down fares in some sectors. “Why pay for something which you don’t need? That’s the idea. Suppose if you are going to Salalah and you are not carrying a suitcase, then we will offer you a discounted or an interesting price,” CEO Bouteiller said.
Awarded its air service operator licence by the Public Authority for Civil Aviation (PACA) in early 2016, SalamAir’s fleet of three Airbus A320s is scheduled to take to the skies at the end of the year. “The final date has not been set yet,” Bouteiller said.
With its first flight scheduled to take off from Salalah to Muscat, the low-cost carrier plans to extend its operations quickly in the Middle East and East Africa. “We will only have economy seats in all our aircraft and Muscat will be our home base, though the Salalah International Airport will play a very important role in our operations,” Bouteiller said.
He also said passengers will soon be able to book their SalamAir flights through their contact centre and website, which are both currently in the final stages of completion. The easy-to-use online portal will contain full details of SalamAir’s schedule, price structure, flexible ticket options, and special offers. Customers will also be able to purchase tickets from ticket desks at the Muscat and Salalah international airports.
Brand identity
Under the patronage of His Highness Sayyid Taimur bin Asad Al Said, assistant secretary general for Communications and Branding at The Research Council, SalamAir, Oman’s first budget airline revealed its brand identity to the public on Tuesday.
Inspired by the soul of Oman and its people, the airline’s promise of ‘Always Welcome’ encapsulates its customer-focused philosophy, whereas the logo pays tribute to the Sultanate’s diverse architectural forms. The brand colours, derived from Oman’s picturesque landscapes, mirror the tones of the sea and lush flora and fauna.
The debut was attended by representatives of ASAAS and SalamAir, as well government officials, shareholders, and members of the travel and tourism industry.
During the event, SalamAir’s Chairman, Khalid Al Yahmadi, explained that the new carrier’s values are an expression of its commitment towards delivering high levels of hospitality and customer service.
“Our identity epitomises the values of hospitality, confidence and drive towards innovation, which are embedded in the culture of Oman. This serves as a powerful and exciting platform to build from as we redefine the sector of budget carriers—opening the skies for more people to customise their travels without compromising on quality.”
CEO Bouteiller also said, “The launch of SalamAir’s brand identity is another important milestone as we progress towards our first take off and marks the beginning of a new era for travellers in the region. SalamAir will take Oman’s burgeoning airline sector to new heights and proudly contribute to the progress, development, and prosperity of the country by facilitating travel for business, leisure, and tourism.”
Congratulating SalamAir on this important launch, Dr. Mohammed bin Nasser Al-Zaabi, CEO of PACA, said: “With the high demand for a low-cost airline services in Oman and with the quantum leap in the development and expansion of Omani Airports, there are tremendous opportunities for SalamAir to make a significant impact.
“With its competitive price structure and offers, the airline will encourage residents and companies to travel more often without spending excessively. By allowing more than one air operator in Oman, we look forward to providing better services to the public and the full utilisation of Omani airports wishing SalamAir every success.”
The brainchild of ASAAS—a national investment and development company—SalamAir was formed to meet Oman’s rapidly growing demand for air traffic, which is expected to grow by 40 per cent by 2019. ASAAS has made a substantial initial investment in SalamAir, its anchor venture, with the ambition to advance the airline as a catalyst for Oman’s development and diversification agenda, and as a key component in broader efforts to promote tourism and hospitality across the sector’s value chain.