Exclusive: Plan to scrap No Objection Certificates in Oman 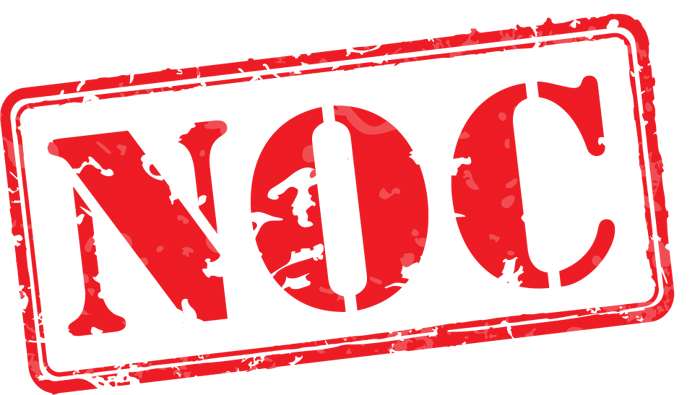 Latest: Removal of NOC for expats tops Royal Oman Police, ministries agenda
Muscat: No Objection Certificates (NOCs) in Oman “will be removed,” a senior official from the Ministry of Manpower has said.
Get your essential daily briefing delivered direct to your email inbox with our e-newsletter
“We will remove the NOC option. It will be removed. The plan is being considered seriously,” Said bin Nasser Al Saadi, the advisor to the Minister for Manpower, told Times of Oman in an exclusive interview.
Recent moves by the neighbouring countries to remove red tape and allow expatriate workers to freely enter and leave for work have prompted the plan to scrap the certificate.
Currently, expatriate workers must possess an NOC to change jobs in Oman.
Expatriate employees who wish to quit a job in Oman and return to join a new company have to procure a No Objection Certificate from their employer.
Without an NOC, the law prevents the expatriate from returning to Oman for two years.
Said bin Nasser Al Saadi added: “We are updating and modifying our rules. Our new labour law will be more flexible and easier for
the labour market help attract investment. We are in the final stages of the new labour law. It will be very soon.”
A recent report from the World Economic Forum has also cited restrictive labour policies as one of the ‘problematic factors’ for doing business in Oman.
The Global Competitive Report 2016-17 said that restrictive labour regulations, inefficient government bureaucracy, inadequately educated workforce, and poor work ethics in the workforce are issues that could discourage investors from putting their money in Oman.
Since the NOC option was made mandatory in mid-2014, it has been labelled an ‘exploitative’ tool for the employers to hold back their expatriate employees.
Several employees who wished to quit Oman and return to join a new company after completing their job contract were forced to give up their end of service benefits worth thousands of rials in return for the NOC.
Oman dropped four points to 66 in the Global Competitiveness Index 2016-17 rankings.
“Removing the NOC option will attract investment,” the advisor added. Anchan CK, an investment advisor in Oman, said that modifying the labour laws will certainly help Oman.
“Modifying labour laws will certainly impact onerous cost and legal hurdles that inhibit free market competition and allow Oman to get repositioned as a regional destination for business owners,” the investment advisor added.
Recently, United Arab Emirates relaxed its labour laws and Qatar is coming out with a labour law scrapping its NOC in December, easing entry and exit norms for expatriate workers.
Ahmed Al Hooti, an Oman Chamber of Commerce and Industry member, said protection should be put in place for Omani businesses, in the event of scrapping the NOC.
“Our situation is different than that of UAE or Qatar. The private sector comprises 80 to 85 per cent of labourers and the majority is unskilled labor.
“There are hundreds of thousands of Omanis working in the private sector and some of them run their own businesses. If the rule is waived without taking them into consideration, they will have a lot of competition from expatriate workers, so we must protect them,” he added.
Exploitative tool
Mohammed Al Farji, a trade unionist, said that NOC should remain in place but not as an exploitative tool.
“NOCs can prevent expatriate workers changing jobs frequently. However, a worker who has completed a two-year job visa period, should not be stopped from returning to Oman if he doesn’t possess a NOC,” the trade unionist added.
Aftab Patel and his friends, who have been stranded at a beach resort in Sawadi for the last nine months without salary, food and proper shelter, welcomed the news with cheers.
“We all have job offers in Oman, but our current employer who has left us in the lurch is saying that they will not issue an NOC for us. We had filed a case against the employer for non-payment of salary in court with help of the trade union. Now, the employer says that they will issue NOC only if we withdraw the case,” Aftab who was a front office manager at the resort, which shut down its operations a few months back, said.
“We are praying to almighty to see the removal of NOC option. It would be a blessing for us and our families,” Aftab added.
Recent data shows that the number of expatriates holding doctors, masters, higher diplomas, university and diploma degrees declined by more than 1,800 in the first seven months of 2016.
In December 2015, the number of PhD holders was 2,844, but at the end of July it was 2,744.
The number of master’s degree holders stood at 5,869 at the end of 2015, but slipped to 5,740 at the end of July 2016.
The number of higher diploma holders and university students also dropped from 4,889 to 4,866 and from 94,461 to 93,283 respectively.
The number of diploma holders fell from 53,515 to 53,101 between December 2015 and July 2016, according to National Centre for Statistics (NSCI).
On the contrary, the number of people with no education or education only to secondary level rose by 106 and 321, respectively, during the same time.