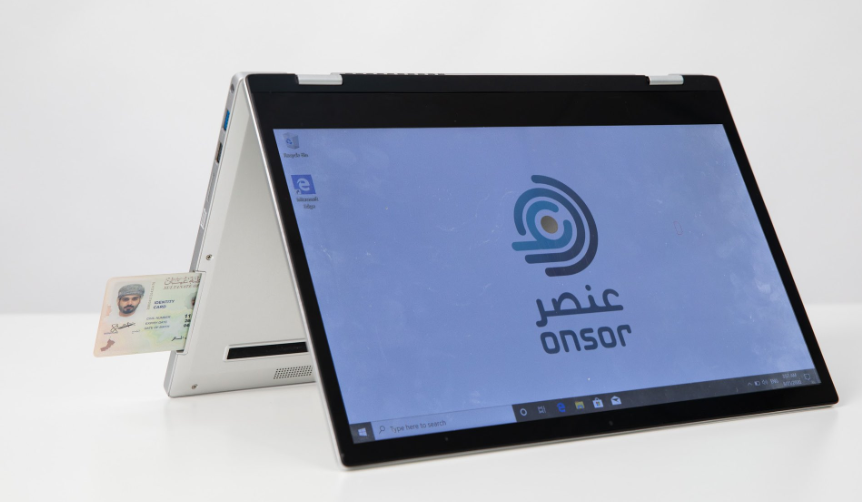 Muscat: The first state-of-the-art laptop designed by Omani engineers for local requirements will be available for pre-orders from next week.
Foldable up to 360 degrees, the laptop can read electronic ID cards and help its users access government facilities.
Moaz Al Hinai, a member of the Onsor Computers Company, spoke exclusively to the Times of Oman, “The laptop will hit the Oman markets this month and will be available at a special price of OMR80.
“Allocated to the Ministry of Education, it will be meant for school students, as its price will be equivalent to or lower than the average price of other computers in the market.
**media[1145908]**
“As the Ministry of Higher Education caters to the students of colleges and universities needing advanced computers, they will also get a special price similar to what is being offered to the students under Ministry of Education category. So there will not be much difference in the price between the two ministries.”
Speaking about the efforts that have gone into making this laptop, he said, “This achievement came after fruitful efforts that lasted for 6 years since 2014 during our university studies at Sultan Qaboos University, specialising in engineering, and during this period the technical capabilities of Onsor team were developing and we established our first headquarters in Al Khoudh in the Wilayat of Seeb, then we moved to Al Ma’abiliya, where we embraced the SAS Centre for Entrepreneurship.
“First, we were working on making small electronic boards related to our study projects at the university, then designing general electronic boards so that everyone could implement multiple technical projects using these boards, then last year we included making the first single board laptop and then we decided to move to a bigger challenge which is laptop so every challenge opens the way for a bigger challenge than before,” Moaz recalled.
**media[1145911]**
The Onsor founding team includes Eng. Moaz Al Hinai, Eng. Hamza Al Nu’mani, the chassis designer, and Eng. Yazan Al Musafir, the electronic board and motherboard designer. A group of Omani engineers has also been formed to design new products. 21 Omani trainees were selected, three of whom passed all the tests and were able to proceed to designing of complex devices such as laptops.
“When we finished designing the prototype, a Royal Decree was issued to establish the Ministry of Technology and Communications and appoint the former Minister Azza Al Ismailia as Minister so we presented the idea and designs to the specialists and experts in the ministry, and Her Excellency the Minister welcomed the idea and gave us thanks and encouragement. She embraced the idea and confirmed that this idea should see light of the day and therefore we got all forms of support from them,” Al Hinai added.
Moaz confirmed that they did not receive any financial support from any government or private entity from the beginning of the idea until the laptop was produced.
“We did not receive financial support from any public or private party for the laptop project, as we spent small sums from our pockets until it was done. The biggest obstacle in the recent period after the completion of the technical work was purely material. Initial manufacturing was done with personal funding from the founding team, so that it can be shown to the public and official companies and institutions at a later time.”
He also confirmed that they received financial support only from one of the telecommunications companies in the Sultanate last week after Onsor’s team presented the idea to them. The telecommunications company was willing to provide them with financial support to launch the ceremony of announcing this achievement and to provide assistance to the team at the emergence of the idea.
He also said, “Undoubtedly, investment and material support will contribute to the spread of laptops in the local market and accelerate implementation plans, especially with the growing demand for computers with decisions to learn and work remotely, and we hope in the coming period to obtain the required empowerment.”
He confirmed that they now only have one copy of the laptop, and another copy will arrive in two weeks, and a stock of laptop sets will arrive in mid-September or at the end of the month, and they will be distributed to various sectors. Al Hina’ai also stressed that due to the strategic partnerships with Intel and Microsoft, laptop designs have been reviewed to ensure that they function as required and link them to the best factories in the world, whether in Europe - Germany - or East Asia.
“The manufacture of the first copy of the laptop began on June 1, 2020 and ended on July 1, 2020. All tests on the version were completed in August and it was confirmed that the computer complies with all international standard requirements for computers approved in the Sultanate, such as the CE permit,” he added.