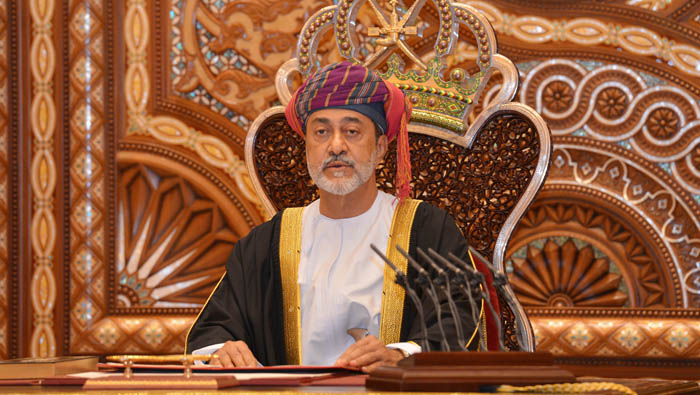 Washington: Heritage Foundation of the United States commended the efforts of His Majesty Sultan Haitham Bin Tarik in promoting economic freedom, modernising the economy and strengthening ties with the United States.
A report written by research Anthony B. Kim, a Heritage Foundation researcher, and published in The Daily Signal said, “Washington has a unique opportunity to build on the good existing relationship and to reaffirm Oman as a trustworthy partner in dealing with the many challenges facing the Middle East.”
Kim pointed out that Oman’s economy has been in the moderately free category for 25 years.
The report added that “Oman’s economic freedom score is 63.6, making its economy the 75th freest in the 2020 Index. Its overall score has increased by 2.6 points, with significant improvements in all areas related to the rule of law. Oman is ranked 6th among 14 countries in the Middle East and North Africa region, and its overall score is slightly above the regional and world averages.”
The writer proceeded on saying that “An effort is underway to develop a new bankruptcy and insolvency law, which would help to improve the country’s business environment and increase foreign direct investment inflows.”
A valuable trading partner
“Further such improvements in economic freedom would aid the government’s efforts to develop the economy beyond the oil sector more rapidly, positioning Oman as an even more valuable trading partner for the United States and others, and increasing the country’s standing and influence in the region.”
The report indicated that the United States is one of the biggest trade partners of the Sultanate and that Washington exports around $2 billion-worth of goods to the Sultanate and imports goods from the Sultanate at a similar rate.
Oman has been a friend of the US for more than two centuries, often playing an important diplomatic role, said Anthony, noting “Oman’s nuanced and deliberate approach to regional challenges makes Muscat an important voice in the Gulf.”
He observed that “Washington’s renewed good relations with Muscat will benefit not only the US, but other partners in the region as well, as the two longtime partners move forward together.”