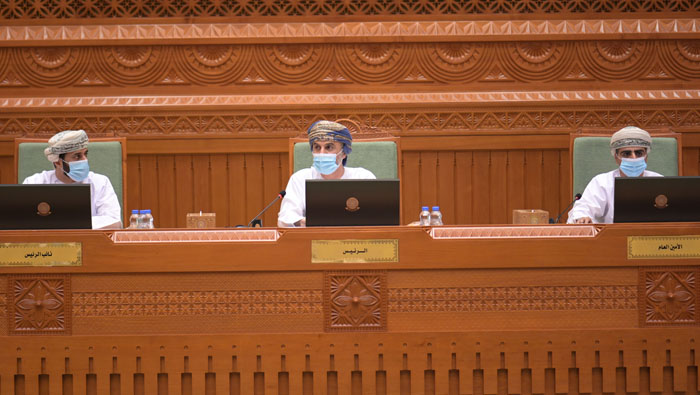 Muscat: The Majlis Al Shura agreed with the recommendations of the joint committee of the State Council and Shura on the draft value added tax (VAT) law, and decided to refer it to the State Council for completion of related procedures.
The Council of Ministers had sent the VAT report to Majlis Al Shura for discussion.
Ahmed bin Said Al Sharqi, Vice Chairman of the Economic and Financial Committee read the report of the joint committee pointing to the key points in the report.
The discussions on the report were held at the 31th regular session of the first annual convening ( 2019-2020) of the ninth term (2019-2023) , chaired by Khalid bin Hilal Al Ma'awali, Chairman of Majlis Al Shura in the presence of the members and Sheikh Ahmed bin Mohammed Al Nadabi , Secretary General of Majlis.
The session commenced with the speech of chairman of Majlis Al Shura, in which he expressed his thanks and gratitude to His Majesty Sultan Haitham Bin Tarik for issuance of the Royal Decrees on restructuring the administrative apparatus of the State. He said that the restructuring of the administrative apparatus is in line with the Oman Vision 2040 .
Chairman of Majls Al Shura also extended his congratulation and wishes to the members of Shura who enjoyed the royal confidence of His Majesty the Sultan. He also hailed their efforts extended during the term of their membership with Majls Al Shura.
Al Ma'awali also held a discussion on the report of the joint committee on the articles still under discussion between the State Council and Majlis A’Shura on the draft VAT Law and the cooperation agreement with the Government of Hungary in the field of higher education.
During the session, chairman of Majlis A’Shura valued the initiative of His Highness sheikh Sabah Al Ahmed al Jabir Al Sabah , Emir of Kuwait naming the 7th Ring Road in Kuwait 'HM Sultan Qaboos bin Said Road'.