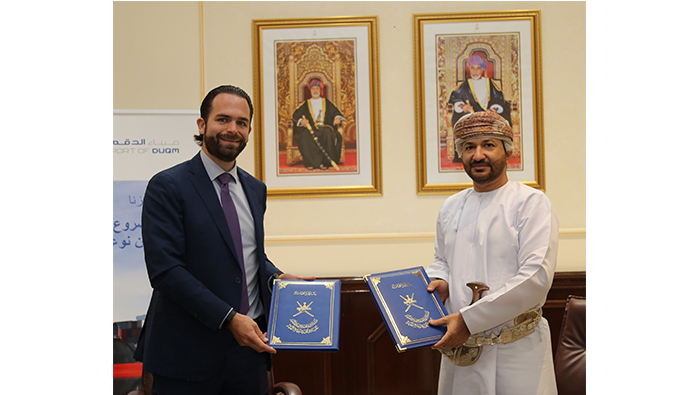 Muscat: The Ministry of Agriculture, Fisheries and Water Resources (MAFWR) signed a Memorandum of Understanding with the Port of Duqm Company (PDC) to approve and facilitate fish exports and imports through the commercial Port of Duqm in the Governorate of Al-Wusta.
The MoU was signed by Eng. Yaqoob bin Khalfan Al Busaidi, MAFWR Undersecretary for Fisheries and Reggy Vermeulen, CEO of PDC.
This memorandum shall enter into force on the effective date specified in the memorandum and for an extendable period of two years.
It is noteworthy that the Sultanate exported 205,000 tonnes of fish in 2019, with a total value of OMR104 million. The fish exports accounted for 35 per cent of the total fish production of the Sultanate in 2019.
Omani fish is exported to about 57 countries around the world, topped by East Asia countries with 41 per cent, followed by the GCC countries with 35 per cent. The sardines constituted the largest proportion of fish exports with about 52 per cent. Meanwhile, the Sultanate imported more than 35,000 tonnes.
During the last two years, the demand for small pelagic fish, especially the sardines, increased by companies and factories specialised in the production of fish oil and powder.