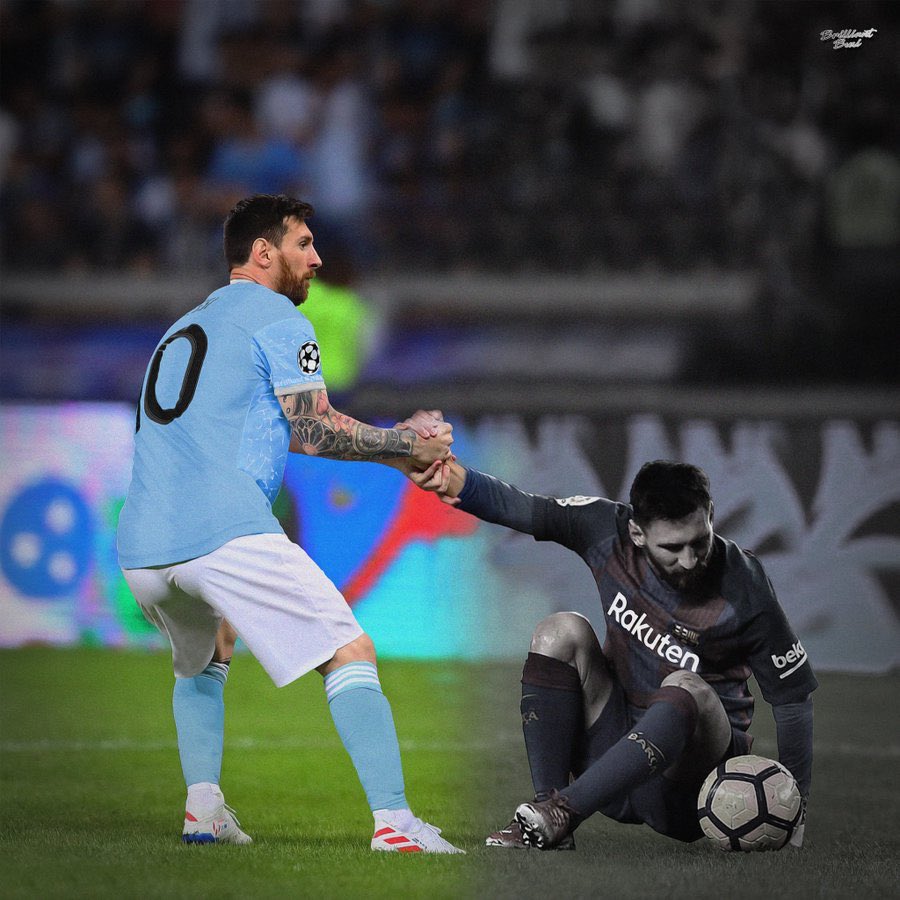 Madrid: Leo Messi on Sunday morning failed to attend the PCR tests for the COVID-19 at the Barcelona training ground where was cited to appear with the rest of his teammates.
Messi's non-appearance confirmed the stories in the Spanish press that the striker would not take the tests, which are obligatory before Barca's return to training on Monday.
The 33-year-old will not be able to start training until he takes the test, and Sunday's non-appearance is another sign of his determination to abandon the club he joined as a 13-year-old.
Messi's decision could see the saga, that began on Tuesday when he informed Barca of his wish to leave, take a bitter turn as it could open the door to the club taking disciplinary action against him for breaking its disciplinary code.
It could also have a secondary effect as so far a large section of supporters have shown sympathy with Messi in his conflict with the club (and especially the unpopular Barca President Josep Maria Bartomeu), however his failure to train could turn some of those fans against him.
The main origin of the increasingly complicated conflict is a clause in Messi's contract, which is due to expire at the end of June 2021.
Messi's camp believe that a clause in that deal allows him to abandon the club for nothing at the end of last season, while Barcelona argue he had to tell them of his desire to abandon the club by June 10 and that if he wants to leave he has to pay his release clause of 700 million euros -something the striker's camp contest because the season still had not finished due to the suspension of competition over the coronavirus.
There is also a chance the contract would allow Messi to join another club with his transfer fee subsequently decided by a judge, although it would be a big risk for any club to commit to his signature without knowing how much he would actually cost. Enditem