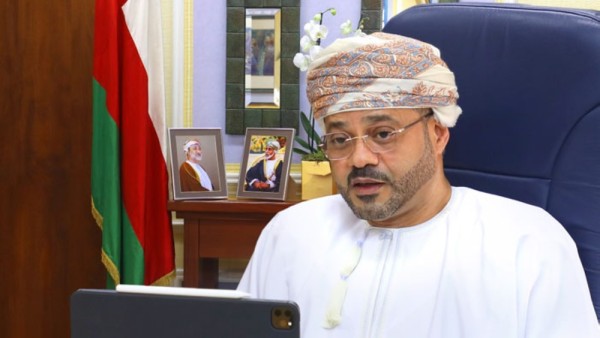 A statement issued online by the Ministry said: "His Excellency Sayyid Badr bin Hamad bin Hamoud Al Busaidi received a written message from his brother His Highness Sheikh Abdullah bin Zayed Al Nahyan, Minister of Foreign Affairs and International Cooperation of the sisterly United Arab Emirates, which included his congratulations on his appointment as Minister of Foreign Affairs and the UAE’s appreciation of fraternal relations and to developing them in various fields."

"The message was delivered by His Excellency Mohammed bin Sultan Al Suwaidi, the UAE's ambassador to the Sultanate," the statement added.