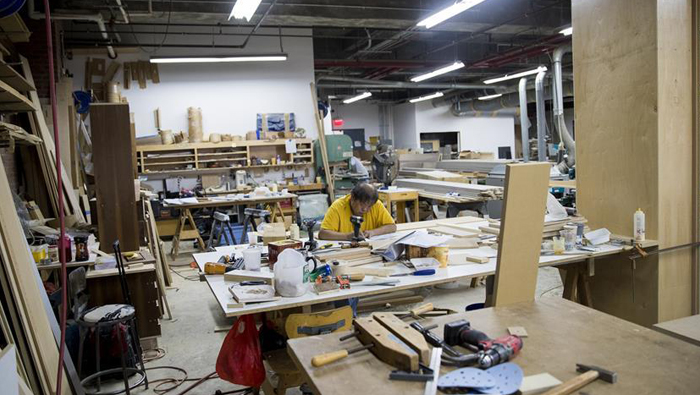 Washington: New orders for US durable goods surged in July as business investment has begun to recover, the US government said on Wednesday.
New orders for manufactured durable goods increased 11.2 per cent to $230.7 billion in July, following an increase of 7.7 per cent in the previous month, according to the U.S. Census Bureau.
The so-called core capital goods orders, which exclude defence and aircraft goods and are seen as a barometer of business investment, rose 1.9 per cent last month as investment spending has begun to recover.
"Driving the rebound in core capital goods orders has been goods that facilitate life in a socially distant world," Sarah House and Tim Quinlan, senior economist at Wells Fargo Securities, wrote on Wednesday in a note.
"Computers and communications orders have surpassed their February levels, while orders for machinery and metals continue to dig out from the hole left by shutdowns and more muted profit outlooks," they noted.
Diane Swonk, chief economist at Grant Thornton, a major accounting firm, said that the US economy is poised for a rebound in the third quarter after a sharp contraction in the first half of the year.
"Today's data suggest that real GDP is poised to rise at close to a 30 per cent annualised pace in the third quarter after contracting 33 per cent in the second quarter. Much of that growth will depend upon the ability to sustain the pace of the recovery in August and September," Swonk wrote on Wednesday in an analysis.
"The question is whether we can keep those gains going in the fourth quarter; that depends on the course of the virus. The confidence that CEOs have in managing through another major outbreak by cutting jobs and investments underscores the fragility of the gains," she wrote.
Esther George, president of the Federal Reserve Bank of Kansas City, warned on Wednesday that the resurgence of COVID-19 infections could drag the US economy into a double-dip recession.
"An important risk to that outlook is thinking about what happens as we come into the fall, whether we see any resurgence in the virus that would cause an additional pullback in the economy," George told CNBC in an interview.