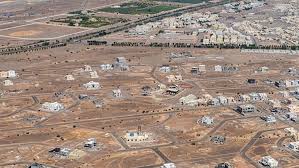 Muscat: A total of 9,692 residential land-plots were allotted by the Ministry of Housing across the country at the end of June 2020, compared to 14,524 plots in the same period of 2019, which is a decrease of 33.3 per cent, according to statistics released by the National Centre for Statistics and Information (NCSI).
The Governorate of North A’Sharqiyah was allotted 1,975 residential lands at the end of June 2020, which is the highest among governorates.
This was followed by Muscat with 1,572 properties, A’Dakhliyah with 1,490 and A’Dhahirah with 1,063 plots. Meanwhile, out of the residential plots granted in June 2020, 418 plots were in A’Dhahirah Governorate and it was the highest among governorates.
The governorates of North Al Batinah and Dhofar were allotted 1,008 plots each. South A’Sharqiyah, South Al Batinah, Al Wusta and Musandam were allotted 651, 504, 152 and 146 residential properties, respectively. Al-Buraimi was allotted 123 plots, which is the lowest among governorates.
Meanwhile, the governorates of North Al Batinah, Dhofar and A’Dhahirah witnessed a phenomenal increase in the number of lands allotted at the end of June 2020 compared to the same period of 2019 whereas allotment of properties in the rest of the governorates showed a marked decline during the period of study. The Ministry of Housing allotted a total of 28,099 residential plots in 2019.