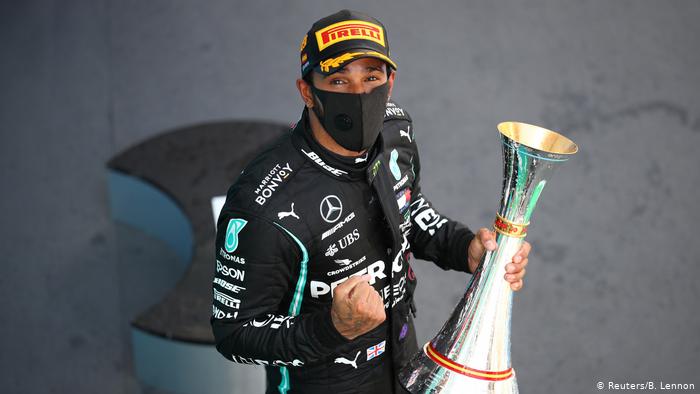 Barcelona: A calm and controlled drive by Lewis Hamilton saw the Briton coast to victory in Barcelona and extend his championship lead to 37 points.
It was also a 156th podium finish — eclipsing Michael Schumacher's previous record — and in truth, Hamilton was never challenged. Hamilton is just three victories short of equaling Schumacher's record of 91 Grand Prix wins.
Red Bull's Max Verstappen managed to split the Mercedes pair, following a poor start by Valtteri Bottas, who slipped from second to fourth. However, Bottas recovered to earn a podium place.
Fastest lap: Valtteri Bottas — 1:18.183 on lap 66
Best team: Racing Point — Fourth and fifth for Racing Point, who enjoyed another strong race weekend. With the Mercedes out of reach, this was about as well as they could have done.
Drive of the day: Lance Stroll (Racing Point) — A brilliant start by Stroll set the tone for the young Canadian. He jumped from fifth to third by the end of the first turn. He finished just off the podium in fourth, but overall a superb drive to secure more points for his team.
Biggest controversy: Verstappen's radio bust-up — On lap 27, Max Verstappen clashed with his engineer on the team radio, telling them to "stop thinking about Lewis Hamilton and concentrate on our race". "Head down, Max" came the terse reply.