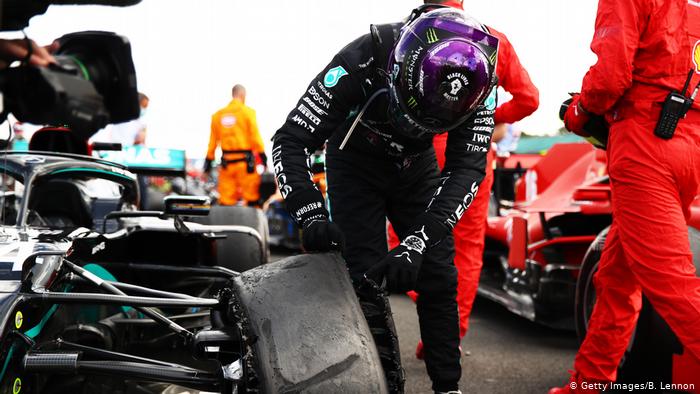 London: Lewis Hamilton's front left tire gave up halfway through the final lap of the British Grand Prix but Hamilton didn't, as he limped over the line to win for the seventh time at Silverstone.
Aside from the late drama, it was a routine victory for Hamilton, who led from start to finish. Mercedes had looked certain to secure maximum points again but Valtteri Bottas also suffered a puncture, this time on the penultimate lap, and that saw the Finn finish just outside of the points in 11th.
"Down the straight the tire deflated and that was a heart-in-the-mouth moment... I was just praying to get it round," said Hamilton. "I've definitely never experienced something like that on the last lap."
Red Bull's Max Verstappen took second place, with Charles Leclerc, of Ferrari, sneaking onto the podium in third.