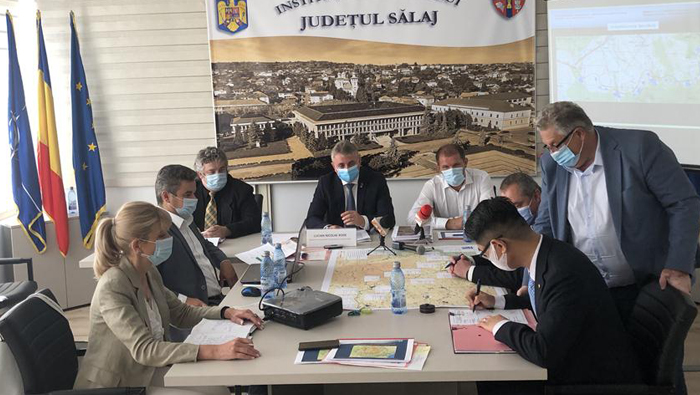 Bucharest: The Power Construction Corporation of China (PowerChina) signed on Friday an about 53-million-US-dollar contract for the construction of a ring road in Zalau, some 550km northwest of capital Bucharest.
This is the first road design and construction project undertaken by a Chinese company in Romania.
Sun Zhiming, country representative of PowerChina in Romania, signed the contract in Zalau with Mariana Ionita, general director of Romanian National Company of Road Infrastructure Administration (CNAIR), the owner of the project.
Romanian Minister of Transport Lucian Nicolae Bode attended the signing ceremony and expressed his belief that the builders will complete the project on time and with high-quality results, thus laying a foundation for further development in the Romanian market.
The total length of the four-lane highway is 5.5 kilometres, with five viaducts and two bridges across multiple valleys and vineyards. The design speed is 60-80 kilometres per hour.
PowerChina, leading a joint venture with a local company in Zalau, won the bid for the project earlier this month.