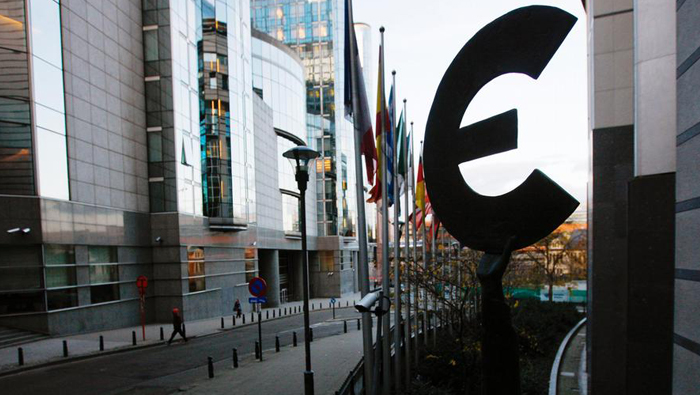 Brussels: The eurozone's economy took an unprecedented hit due to coronavirus pandemic, with the bloc's GDP contracting by 12.1 per cent in the second quarter of 2020, EU officials said in preliminary estimates published on Friday.
Only 19 out of EU's 27 member states use the euro as currency. The hit was slightly milder for European Union as a whole with a contraction of 11.9 per cent.
The pandemic had the largest impact on Spain, the EU's fourth-largest economy, which saw its GDP plunge by 18.5 per cent.
Spanish Prime Minister Pedro Sanchez was set to meet leaders of the country's regions later on Friday to discuss rebuilding the economy and distributing EU recovery funds. The latest numbers put Spain in an official recession, as the first quarter of 2020 also saw a 5.2 per cent contraction.
Portugal's GDP slumped 14.1 per cent. France shed 13.8 per cent of its GDP, and Italy saw a decrease of 12.4 per cent.
EU Economy Commissioner Paolo Gentiloni said "all European countries" suffered unprecedented consequences.
Commenting on the EU figures, senior economist at the Frankfurt-based ING bank Bert Colijin warned that the drop "doesn't tell us that much about the general state of the economy" due to the unusual cirumstances.
"It is a shocking drop, but completely understandable as the economy was shut down for a considerable period during the quarter," he told the AFP news agency. "The hard part of this recovery is set to start about now."
The EU's Eurostat office, however, warned that its sources were still "incomplete and subject to further revisions."
The pandemic's impact in April, May, and June was worse for the EU than the United States, which reported a 9.5 per cent drop. However, Europe also faced the coronavirus escalation several weeks before North America.
Germany announced on Thursday its largest drop in GDP since it began keeping quarterly records in 1970. The EU powerhouse said its economy shrank by 10.1 per cent, compared to 5.7 per cent in the aftermath of the 2009 crisis. Germany alone is responsible for generating almost a quarter of the EU GDP.