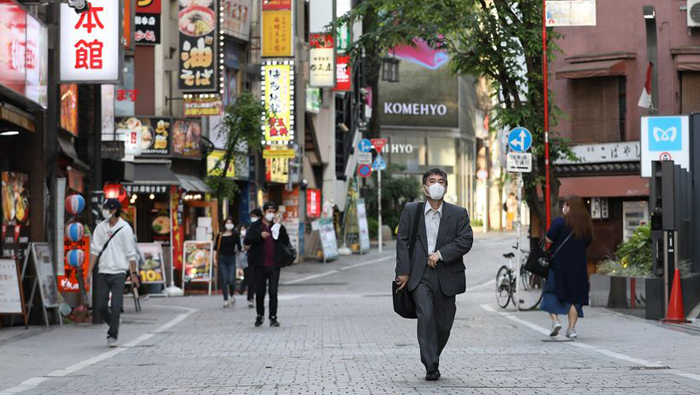 Tokyo: Japan's consumer confidence increased slightly in July but at a slower pace amid the recent resurgence in nationwide COVID-19 infections and the influence of torrential rains in southwestern Japan, government statistics revealed on Friday.
The seasonally adjusted index, which reflects sentiment among households constituting two or more people, increased to 29.5 from 28.4 last month, up slightly compared with data in June, according to the Cabinet Office.
The index in June logged a rise of 4.4 points, the sharpest since the monthly survey began in April 2004.
The index, which indicates consumers' economic expectations for the next six months, plunged to a record low of 21.6 in April in the midst of a state of emergency declared for Tokyo and other six areas in early April.
The figure remained at a low level, reflecting public sentiment dampened by the recent resurgence of the epidemic, as a reading below 50 suggests pessimists outnumber optimists.
The country's consumer confidence was also affected by the deadly heavy rain and massive flooding in the southwestern region of Kyushu and other areas in early July.
The Cabinet Office maintained its basic assessment for the second consecutive month, saying consumer sentiment has "remained in a severe situation, but shown signs of recovery recently."