High number of COVID-19 cases is worrying: Minister of Interior 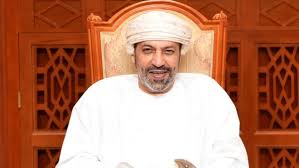 Muscat: The high number of COVID-19 cases among people is very worrying, H.E the Minister of Interior said during his visit with the Supreme Committee members and their Excellencies to the joint control and checkpoints, following-up on its mechanism of action during the implementation of the total closure among the governorates.

A statement issued online by Oman News Agency (ONA) said, ”His Excellency Sayyid Hamoud bin Faisal Al Busaidi, Minister of Interior and Chairman of the Supreme Committee in charge to deal with COVID-19, said in a statement during his visit to the control checkpoints, the high number of infection in the recent period is worrying, and in many cases, it has led to people losing loved ones from their family, friends and members of their community.”

H.E Al Busaidi said also, ”By adhering to the precautionary measures, the society can avoid pain and sorrows, and contribute to the cohesion of the health sector, and keep the national economy from faltering.”

“The measures taken by the Supreme Committee aim to protect lives, the return of national economic activity, and the return of conditions to normal soon,” H.E added.

H.E the Minister of Interior thanked the health workers, including doctors, nurses, and administrators, who have dedicated themselves and have spared no effort to combat this pandemic.

H.E Al Busaidi also thanked the men of the Sultan's Armed Forces, the Royal Oman Police and other institutions who are making exceptional efforts to implement inter-governorate closure decisions, prevent movement at night, and enforce other decisions.

H.E Hamoud Al Busaidi concluded that, ”Everyone's efforts during this period will remain engraved in the national memory, adding a new chapter in Oman's glorious history.”