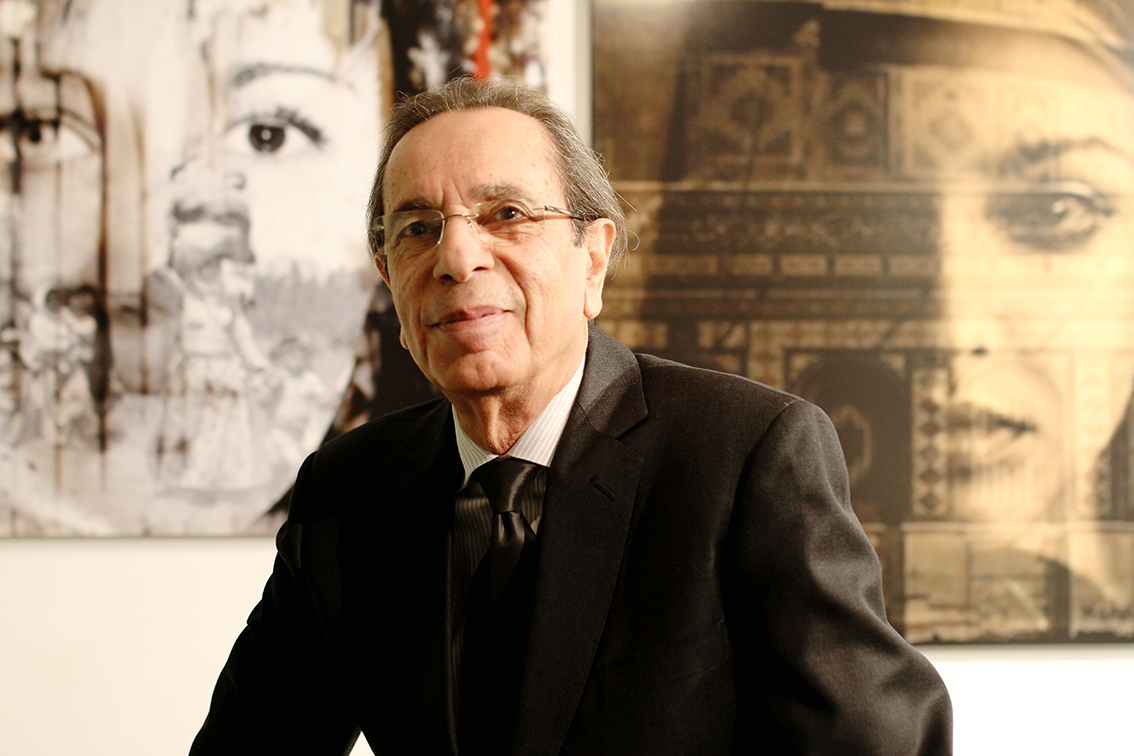 Rabai Al Madhoun, Palestinian-born British citizen, won the ninth International Prize for Arabic fiction, popularly known as the Arab Booker Prize, for his novel Destinies: Concerto of the Holocaust and the Nakba, recently.
In an exclusive e-mail interview after receiving the award in Abu Dhabi, Al Madhoun said the book narrates the story of the Palestinian life both in occupation and exile. “So the Arab Booker Prize is a great cause of celebration for the readers who live under occupation.”

Excerpts form the interview:
How do you feel on winning the 2016 Arab Booker Prize?
It’s amazing to win the prize, despite the pressure that’s put on me. There are two sides to it: on one side, a lot of pressure from media and on the other hand, the glamour of being chosen as the best work of Arabic fiction of the year. I think the prize is a great cause for celebration for those who live under occupation.

How significant is this prize to you?
At the very moment I won, I thought: ‘I did it!’ I had been shortlisted before, but I couldn’t win the prize. It wasn’t easy to be longlisted and shortlisted twice. I’m 70 and I don’t think I would have another chance to win. It will take another 3-4 years to write my next novel, and who knows if I’ll still be alive. It’s time for it to be a Palestinian winner.

How do you describe your award winning book?
It is a story about the Arabs living in Israel and the effect of occupation on them. We have four stories and the novel is structured like a concerto – four movements – despite the fact a concerto is normally constructed of three. I added a fourth, in the Baroque style (Handel used to compose four to eight, and Vivaldi couldn’t break the year to do three seasons). I needed to use the fourth movement as conclusion.

What do you think about the other shortlisted works?
I really enjoyed meeting other authors. Each one of these authors deserved to be a winner. There was mutual understanding and respect for one another. It’s not easy to be shortlisted – it’s a huge event in our lives, just being nominated, and we each hoped we would win.

Will Arab Booker Prize popularise Arab fiction all over the world?
I think the prize helps to open the door for a novel to be known in the wider world. However, I’m not expecting Destinies to be a bestseller. It depends on the taste of the reader and, generally speaking, it seems that, in addition to their own writers, Western readers prefer to read novels written originally in English, such as Khaled Hosseini or José Saramago, rather than reading works in translation.

What is your advise to upcoming Arab writers?
Be patient, be creative, don’t use metaphors – use the form. Find your own style, your own narration, and try to think about your reader: How will they enjoy your book? Read as many novels as you can and read about novels too.

How are you planning to utilise the prize money?
I’ll be able to do some repeat research trips to Palestine for my next novel, without financial pressure. Some money will go towards my sons and I might buy a car. I can also enjoy a trip abroad during the summer with my wife.

Know the Novelist
Rabai Al Madhoun is a Palestinian writer, born in Al Majdal, Ashkelon, southern Palestine, in 1945. During the 1948 Nakba exodus, his family emigrated to Khan Younis in the Gaza strip. He studied at Cairo and Alexandria universities, Egypt, but was expelled from Egypt in 1970 before graduating, because of his political activities. He worked at the Palestinian Centre for Research Studies and as a journalist and editor for many newspapers and magazines, including Al Horria, Al Ufuq, Sawt Al Bilad, Al Quds Al Arabi, Al Hayat, WTN (an American TV news network), and APTN-Associated Press. His published works include The Lady from Tel Aviv (2010), a novel shortlisted for the 2010 International Prize for Arabic Fiction, and third novel Destinies: Concerto of the Holocaust and the Nakba (2015). The Lady from Tel Aviv was translated into English by Elliot Colla and published by Telegram Books. The book won the English PEN Writers in Translation award. He currently works as an editor for Al Sharq Al Awsat newspaper in London.

Know the Novel
Destinies: Concerto of the Holocaust and the Nakba is a pioneering novel written in four parts. Destinies chronicles Palestinian life both in occupation and exile. Each part representing a concerto movement, the novel looks at the holocaust, the Palestinian exodus from Israel in 1948 (known as the Nakba) and the Palestinian right to return. It is a novel of Palestine from outside and from within. It examines everyday Palestinian life, telling the story of Palestinians living under occupation and compelled to assume Israeli nationality, as well as exiled Palestinians trying to return to their now-occupied home country.

Arab Booker Prize – The Selection Process
The book was chosen by the IPAF ( International Prize for Arabic Fiction) judges as the best work of fiction published within the last 12 months, selected from 159 entries from 18 countries across the Arab World. In addition to winning $50,000, Rabai Al Madhoun is guaranteed an English translation of his novel, as well as an increase in book sales and international recognition. The five other shortlisted finalists, including the winner, received $10,000.