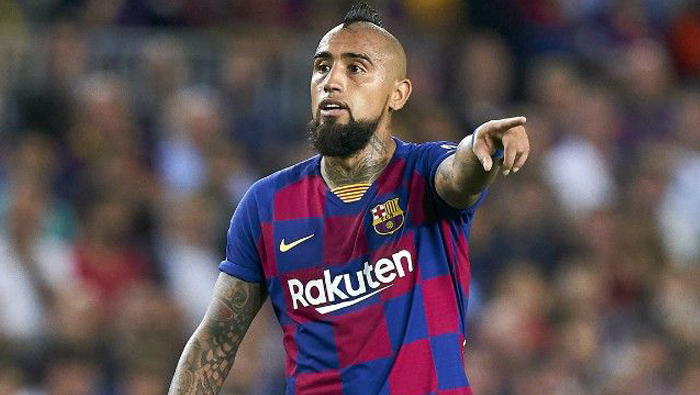 Madrid: FC Barcelona's Chilean midfielder, Arturo Vidal questions whether or not coach Quique Setien will remain at the club for the 2020-2021 season.
Vidal has been one of Barca's best players this season, injecting energy into some lacklustre displays, but could do nothing to prevent them from finishing behind Real Madrid in La Liga.
He will also be vital in the Champions League, which could see Barca salvage their season when it returns on August 8.
Barca have to beat Napoli in the second leg of their last 16 tie to assure a place in the quarter-finals and anything other than success will almost certainly mean the end of Quique Setien's reign as first team coach.
"When you are at Barcelona people want titles and when you don't win a title, the press start to talk about changing coaches and players," commented Vidal in declarations published in the newspaper "20 Minutos".
Setien arrived at Barcelona in January, replacing Ernesto Valverde after Barca lost the semi-finals of the Spanish Supercup, but his time in charge saw the team surrender their leadership of La Liga and Vidal is a long way from giving the former Betis boss a vote of confidence.
"When the season is over, we will have to choose the future of Barcelona well and decide if the coach and the players and going to continue, because Barcelona has to always be battling it out for titles," commented the Chilean, who had at least some words to defend the coach.
"You have to adapt and know what you want: it was a rapid change when Setien came and we haven't worked much time with him and we are still trying to adapt," he concluded