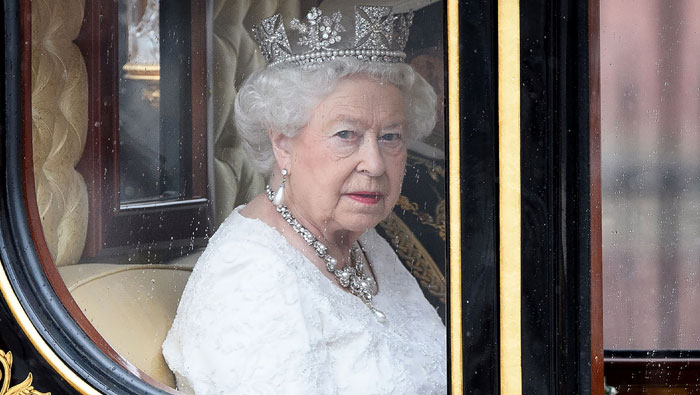 London: Queen Elizabeth unveiled plans by British Prime Minister David Cameron on Wednesday to overhaul prisons and help the poor under a social reform agenda he hopes to press after a referendum on European Union membership.
In a ceremony laden with pomp and pageantry in the upper house of parliament, the queen announced plans for more than 20 new laws, ranging from tackling extremism to making it easier for people to adopt children who are wards of the state.
Much of what was announced was already known, and some members of Cameron's divided Conservative Party said measures had been watered down because of the June 23 vote.
The government also appeared to put off at least one measure demanded by those pressing to leave the European Union - a Sovereignty Bill which some Conservative lawmakers want in order to assert the sovereignty of parliament over EU laws.
The yearly Queen's Speech is a major fixture in Britain's political life when governments can unveil up to about 30 news laws and try to woo voters with eye-catching measures.
But this year, the ceremony, when the queen addressed an audience made up of politicians clad in crimson robes trimmed with white ermine, has been overshadowed by an increasingly bitter battle over Britain's EU membership.
"My government will use the opportunity of a strengthening economy to deliver security for working people, to increase life chances for the most disadvantaged and to strengthen national defences," the queen, wearing her crown and ceremonial robes over a white dress, said at the state opening of parliament which starts the legislative year.
"My ministers will continue to bring the public finances under control so that Britain lives within its means, and to move to a higher wage and lower welfare economy where work is rewarded."
She listed some of the laws the government planned to introduce, including reforms of prisons and adoption rules.
The queen said her "ministers will uphold the sovereignty of parliament and the primacy of the house of commons (lower house of parliament)".
But it was the lack of a specific Sovereignty Bill, mooted by Cameron earlier this year, which triggered criticism from those in the "Out" campaign.
Iain Duncan Smith, who resigned as pensions minister this year in a row over spending cuts, said: "Many Conservatives have become increasingly concerned that in the government's helter skelter pursuit of the referendum, they have been jettisoning or watering down key elements of their legislative programme."
"Yet to compound that, now it appears the much vaunted Sovereignty Bill, key to the argument that the PM had secured a reform of the EU, has been tossed aside as well," he said in a statement.
Cameron's spokesman has denied accusations that the government has postponed or delayed legislation due to the referendum and said it is tackling "controversial issues".
But the prime minister will have to win big, his aides say, if he wants to put back together a party which has been all but torn apart by an increasingly divisive campaign over the EU.
Chris Bryant of the main opposition Labour Party, whose supporters will be key to the government winning an "In" vote, told Sky News: "There will be lots of froth today, it will all seem very nice because nobody wants to frighten anybody before the 23rd June, especially Labour voters."