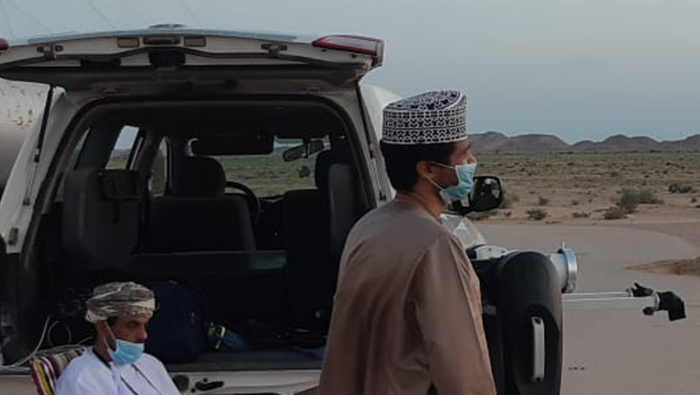 Muscat: The Main Committee of the Moon Sighting announced the sighting of the moon for Dhul Hijja 1441H.
Hence, Wednesday, shall be 1 Dhul Hijja 1441H and Friday, July 31, shall be the first day of Eid Al Adha.
The Ministry of Awqaf and Religious Affairs also confirmed the vision of Dhul Hijja hilal on Tuesday, July 21 evening in the Sultanate’s sky.
The committee met under the chair of Sheikh Abdullah bin Mohammed bin Abdullah Al Salmi, Minister of Awqaf and Religious Affairs and membership of His Eminence Sheikh Ahmed bin Hamad bin Sulaiman Al Khalili, the Sultanate's Grand Mufti; Khalid bin Hilal bin Saud Al Busaidi, Undersecretary of the Ministry of Interior; Dr. Mohammed bin Abdullah Al Hashmi , Judge at the Supreme Court; Sheikh Abduljalil bin Mohammed bin Ahmed Al Kamali, Judge at the Supreme Court; and Sheikh Mohammed bin Salim Dahman Al Nahdi, Judge at Muscat Court of Appeal.
The committee stated that it has received confirmations on sighting of the moon to declare the start of the month of Dhul Hijja 1441 H.
On the occasion, the Ministry of Awqaf and Religious Affairs extended their congratulations and greetings to His Majesty Sultan Haitham Bin Tarik, praying to the Almighty Allah to return this and similar occasions for years to come on His Majesty the Sultan with good health, happiness and a long life and on the Omani people and all Muslim countries with progress and prosperity and to protect all against all harms.