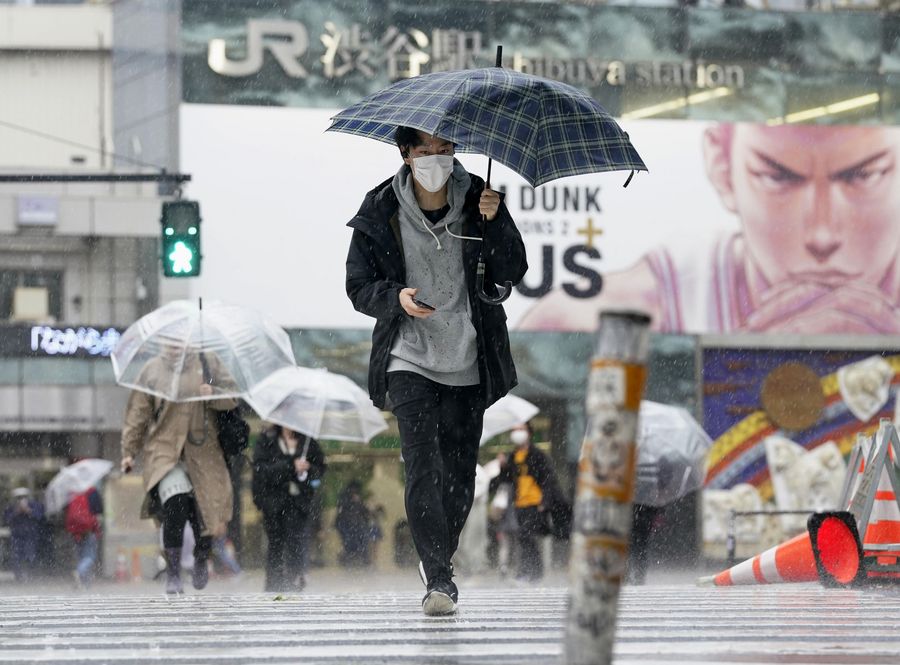 TOKYO: Japan confirmed 419 new COVID-19 infections on Monday, with 168 new cases reported in Tokyo and the nation's death toll from the virus crossed 1,000, including cases related to a cruise ship quarantined in Yokohama in February.

Japan's cumulative number of COVID-19 cases now stands at more than 25,000, with the death toll including those from the cruise ship totaling 1,001, and 998 not including those connected to the quarantined cruise liner.

Officials said that people aged 60 or older comprised more than 90 percent of the deaths, although concerns have been increasing about rising numbers of COVID-19 infections among younger people.

While younger people infected may experience less severe symptoms, officials said the concerns stem from the fact that they could pass the infection on to older people, who suffer more severe and fatal symptoms, showed the statistics.

While the death toll has seen a downturn since May, concerns remain over a resurgence of cases in urban areas, officials said. Aside from Tokyo, daily cases in Osaka were confirmed at 49, while Tokyo's neighboring prefecture of Saitama reported 29 new COVID-19 cases on Monday.

In Tokyo, where a spike in new daily cases recently has seen the metropolitan government raise its alert level for the virus to the highest on its four-tier scale, officials have called for nightclubs in downtown areas in the capital to take more preventative measures.

The metropolitan government said on Monday that patrols were conducted by officials in Shinjuku Ward's Kabukicho nighttime entertainment district.

Kenichi Yoshizumi, mayor of Shinjuku, was quoted as saying that "the future of the entertainment district is at stake" with regard to Kabukicho.

Those included in the patrols visited bars and nightclubs and urged their owners and employees to do more to curb the spread of the virus, including ensuring establishments are well ventilated and sanitary measures maintained with disinfecting work carried out frequently.

The patrols will also be carried out on Tuesday, official said, with 300 bars and clubs aimed to be covered and issued with Yoshizumi's "strong message."

Suga said that such actions by police could help to prevent the virus from spreading further.

Kono said the defense ministry here has requested that U.S. military personnel bound for Japan take one test prior to leaving the United States and one upon arrival in Japan.

"With so many asymptomatic people, PCR testing is a must," Kono said, adding that tests needed to be to be carried out without exception on military personnel.

Okinawa Gov. Denny Tamaki, meanwhile, has also asked the U.S. side to clarify whether they are taking the necessary virus prevention measures while based in Okinawa, including two-week quarantine measures where necessary.

Tamaki has also called for the Japan-U.S. Status of Forces Agreement (SOFA) to be reviewed as U.S. military personnel are exempt from Japan's quarantine rules and travel bans.

Okinawa hosts the bulk of U.S. military facilities in Japan yet the tiny subtropical island accounts for just a fraction of Japan's total landmass.