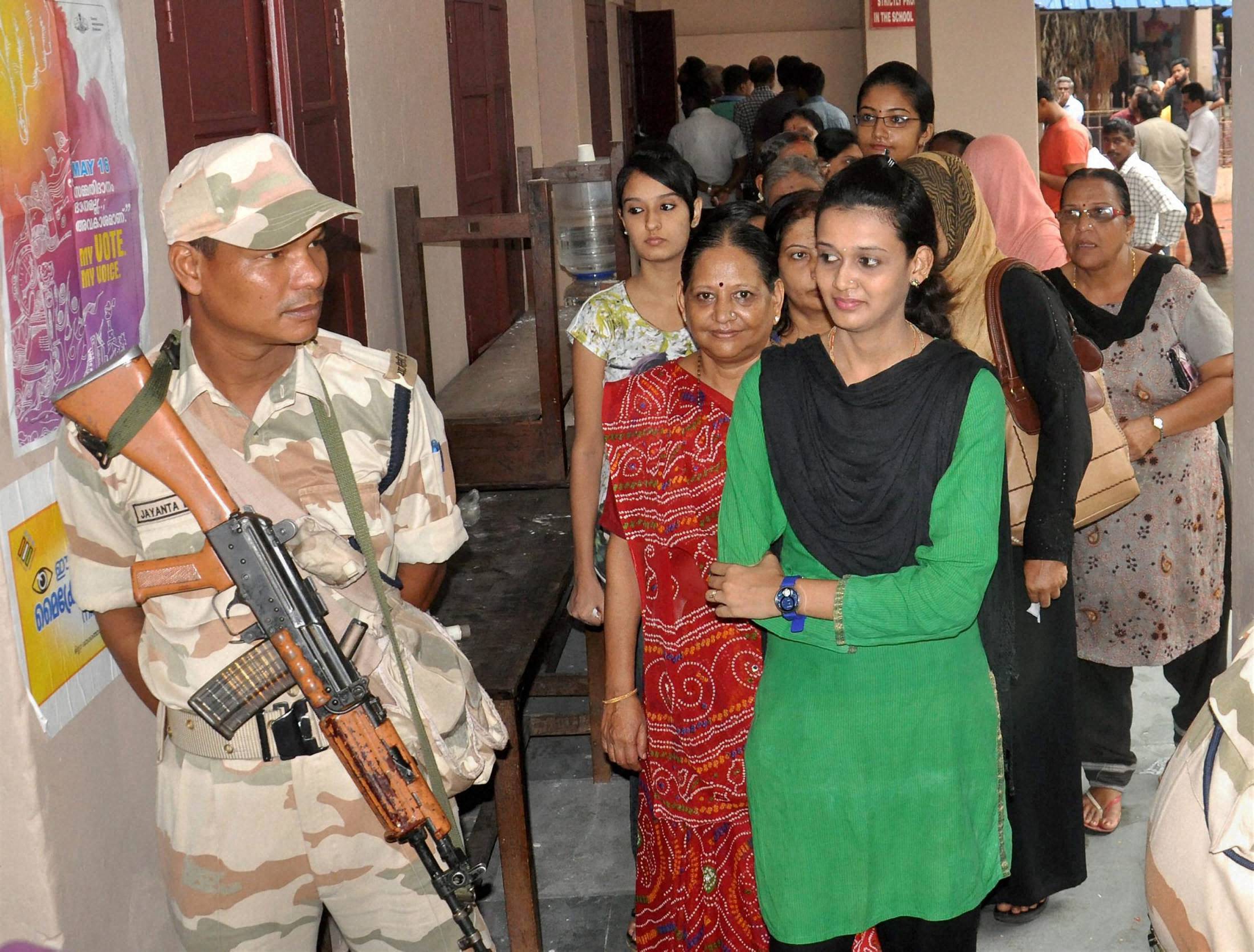 New Delhi: Counting of votes in the high-stakes Assembly elections in West Bengal, Tamil Nadu, Assam, Kerala and Puducherry will be taken up on Thursday morning and the first trends are expected to be available after an hour.
By 12 noon, a clear picture could emerge on the winners. Election Commission officials said counting of votes, which will commence at 8 AM, will be over by 3 PM. According to various exit polls shown on TV channels on May 16, Assam, Tamil Nadu and Kerala appeared to have voted for change giving BJP its first government in the northeastern state dislodging Congress which may also lose Kerala.
DMK has been tipped to regain power trouncing AIADMK in Tamil Nadu.
Only West Bengal seems to have bucked the trend in exit polls by re-electing Trinamool Congress led by Chief Minister Mamata Banerjee, who managed to hold on to power by defeating the Left-Congress alliance convincingly for a second consecutive term.
The Congress could take solace from its projected victory in the tiny Union Territory of Puducherry where it is likely to get power in alliance with the DMK. The counting of votes will decide the fate of approximately 8,300 candidates including chief minister Tarun Gogoi in Assam and CM contender BJP's Sarbananda Sonowal and Himanta Biswas, chief minister Jayalalithaa and Karunandhi in Tamil Nadu, chief minister Oommen Chandy, CPI(M) leaders V S Achutanandan and Pinarayi Vijayan in Kerala, chief minister Mamata Banerjee and CPI(M) Suryakanta Mishra in West Bengal and chief Minister M Rangaswamy in Puducherry.
According to Election Commission guidelines, half-an-hour after the postal ballots are counted, the process of counting votes from the EVMs begins. The 'ballot unit' is switched on in the presence of senior poll officials and counting agents of candidates and the result command keyed in to get results per machine.
Where a paper trail audit or 'voter-verified paper audit trail' (VVPAT) has been used, the counting agent can call for a count of the paper slips in the drop box attached to the voting machine, but a final count is taken by the returning officer. Once the results are declared, the names of the winning candidates will find mention in the gazette. The gazette notification will initiate the process to form the next legislative assemblies in the states.