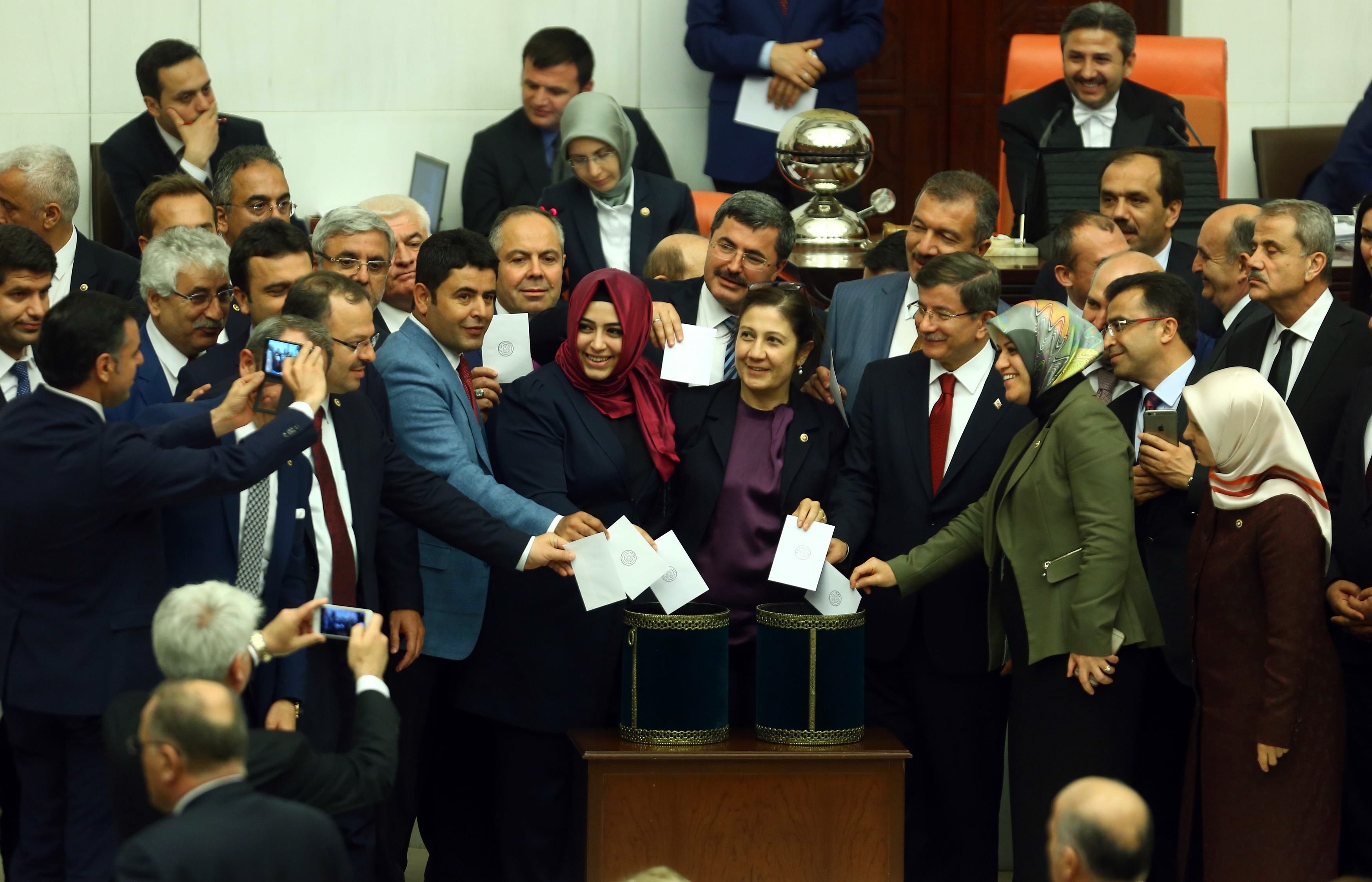 Ankara: Turkey's ruling AK Party has won initial support in parliament for a constitutional change that could see pro-Kurdish and other lawmakers prosecuted, but failed to secure a strong enough majority for now to avoid a referendum.
In a secret ballot late on Tuesday, 348 lawmakers in the 550-seat parliament backed the plan to lift MPs' immunity from prosecution, which critics say targets the pro-Kurdish opposition and could fan the flames of conflict between Kurdish militants and the state.
The assembly will now vote on the amendment in a second round of voting on Friday. The AKP needs 367 votes to change the constitution directly 330 votes or at least 330 to put the measure to a referendum. The bill triggered brawls in parliament this month between the members of AKP and the pro-Kurdish Peoples' Democratic Party (HDP), parliament's third-largest grouping.
The left-wing HDP has said the move is aimed at undermining its support and could disenfranchise its voters, drawn mainly from Turkey's Kurdish minority of 15 million people. President Tayyip Erdogan and the AKP, which he founded, accuse the HDP of serving as the political wing of the armed Kurdistan Workers Party (PKK), listed by Turkey, the United States and the European Union as a terrorist organisation. The HDP denies this. Lawmakers currently enjoy immunity from prosecution.
The new law will allow prosecutors to purse members of parliament who currently face investigation: 138 deputies, of whom 100 are from the HDP and main opposition Republican People's Party (CHP). The HDP has said an overwhelming majority of its 59 deputies could be jailed, mostly for views they have expressed, virtually wiping out its parliamentary presence.