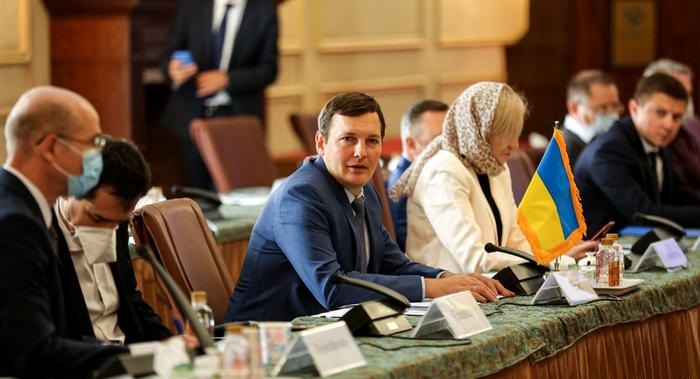 Representatives from Ukraine and Iran are meeting in Tehran to negotiate compensation for the victims of a Boeing 737-800 passenger plane crash that was accidentally shot down by the Iranian military in January.

The Kyiv-bound Ukraine Airlines Flight 752 crashed minutes after taking off from the Iranian capital's main airport on January 8, killing all 176 people on board.

Iranian authorities initially denied responsibility and blamed the tragedy on a technical problem. But days later, Iran's armed forces admitted the plane had been misidentified and targeted by two missiles.

Most of the crash victims were Iranian-Canadians, but there were also citizens from the United States, France, Ukraine, Britain, Afghanistan and Sweden among them.


Three days of negotiations over compensation for the crash victims got underway in Tehran on Monday, Iran's state news agency IRNA reported. A first round of talks was held in Kyiv in July.

Iran's Foreign Ministry has said it is willing "in principle" to pay damages as soon as the technical and legal details of the incident were clarified.

In a statement quoted by the Agence France-Presse news agency, Ukraine's Foreign Ministry welcomed "Iran's decision to take full responsibility for bringing down the Ukrainian plane and its readiness to ensure the same compensation for all the relatives of the victims, regardless of their citizenship."

A third round of talks between Iranian and Ukrainian officials is expected to be held in Kyiv at a later date.