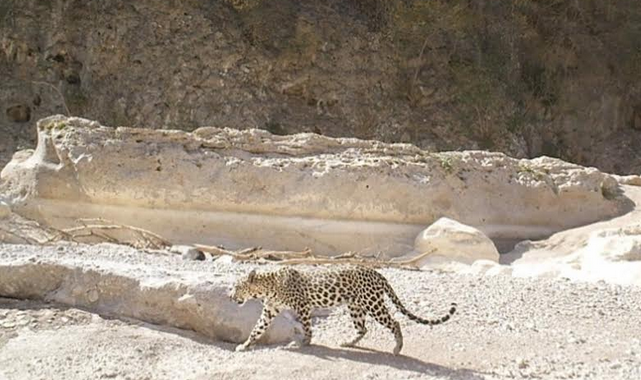 Muscat: The Environment Authority in Oman  has published the picture of an Arabian Leopard in the mountains of Dhofar Governorate on its Twitter account.
The Environment Authority said: "The image was taken by a camera trap installed to keep track of the behaviour of wildlife animals in the region."
The Arabian Leopard is a critically endangered species and listed on the International Union for Conservation of Nature’s Red List of animals.
The list contains names of those that are close to extinction, with fewer than 200 Arabian leopards now roaming in the wild.