Lawyers attempt to sue WHO for misleading the world over pandemic 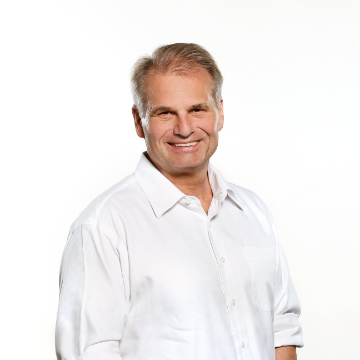 Berlin: A group of lawyers plan to sue the World Health Organization and some of its partners for supposedly misleading the world over the severity of the COVID-19 pandemic, and the measures taken to control it, which have damaged people's livelihoods and caused tremendous harm to economies.

The intention to do so was revealed by Dr Reiner Fuellmich, one of four members of the German Corona Investigative Committee, which since July 10, 2020, has been listening to large number of international scientists’ and experts’ testimonies, to find answers to questions about the pandemic, being asked by people worldwide.

In a video released to his YouTube channel, in which he explains his intentions to sue, Fuellmich points the finger at Dr Tedros Adhanom Ghebreyesus, the Director General of the WHO, Dr Christan Drosten, the head of virology at Berlin’s Charité Hospital, and Dr Lothar Wieler, the head of the RKI, the German counterpart of the US Center for Disease Control, who he claims knowingly misled governments across the world.

“This corona crisis, according to all we know today, must be renamed a corona scandal, and those responsible for it must be criminally prosecuted, and sued for civil damages,” he said. “On a political level, everything must be done to make sure that no one will ever again, be in a position of such power as to be able to defraud humanity, or to attempt to manipulate us with their corrupt agendas.”

Seeking answers to three questions as part of his legal case against these individuals, Fuellmich plans on issuing a class-action suit in the United States against the trio.

“One: is there a corona pandemic, or is there only a PCR test pandemic, specifically, does a positive PCR test result mean that the person tested is infected with COVID-19, or does it mean absolutely nothing, in connection with the COVID-19 infection,” he said, unafraid to mention alleged corporate greed in his lawsuit.

“Two, do the so-called anti-corona measures, such as the lockdowns, facemasks, social distancing, and quarantine regulations serve to protect the world’s population from corona, or do they serve only to make people panic, so they believe without asking any questions, that their lives are in danger, so that in the end, the pharmaceutical and technology companies can generate huge profits from the sale of PCR tests, antigen and antibody tests and vaccines, as well as the harvesting of our genetic fingerprints.”

“Three, is it true that the German government was extensively lobbied, more so than any other government, by the chief protagonists of the so-called corona pandemic?” he questioned. “Germany is known as a particularly disciplined country and was therefore to become a role model for the rest of the world, for its strict, and therefore, successful adherence to the corona measures.”

One of Fuellmich’s biggest concerns were over the collateral damage caused by the measures to stop COVID-19, in addition to seeking answers about how dangerous the virus truly is, and whether a person whose PCR test has come back positive is actually infected by the disease.

He claimed that these people knew “the PCR tests cannot provide any information about infections, but asserted over and over, to the general public, that they can, with their counterparts all over the world repeating this.

“They all knew and accepted that based on their recommendations, the governments of the world would decide on lockdowns, the rules for social distancing, and the mandatory wearing of masks, the latter representing a serious health hazard as more and more independent studies and expert statements show,” Fuellmich went on to say.

“Under tort laws, all those harmed by these PCR test-induced lockdowns are entitled to full compensation for their losses,” he added. “In particular, there is a duty to compensate – that is a duty to pay damages – to companies and self-employed persons as a result of the lockdown and other measures.

“In the meantime however, the anti-corona measures have caused and continue to cause such devastating damage to the world’s population’s health and its economy, that the crimes committed by Messrs. Drosten, Wieler, and the WHO, must be legally qualified as crimes against humanity, as defined in Section 7 of the International Criminal Code,” Fuellmich said.