No tax on remittances sent home by Indian expats 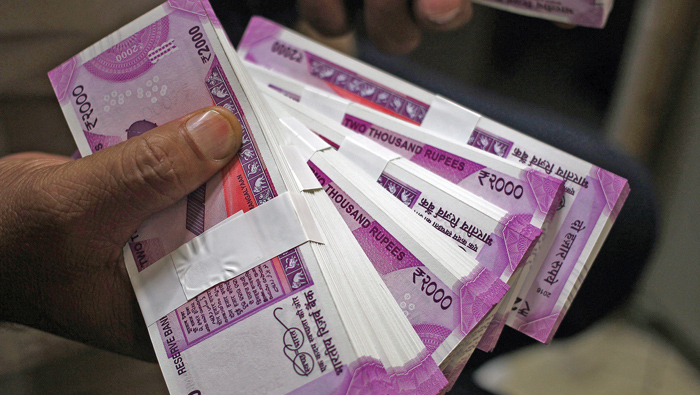 From October 1 onwards, a tax of five percent is being

Muscat: Indian nationals and exchange house operators in Oman have welcomed the decision of the Narendra Modi government to not tax tax remittances sent home, after the taxation of money sent outside India came into effect..

From October 1 onwards, a tax of five percent is being imposed on money remitted overseas from India, and non-resident Indians (NRIs) were worried about having to possibly pay taxes for money sent to the country.

“Times are tough for us because of the COVID-19 pandemic,” said Suhail Mohammed, an engineer working in the automobile industry. “Business is suffering, so that has impacted all of us directly. When I heard of this tax being imposed, I was worried we’d have to pay a similar charge as well.”

Ryan Clifford, who works in retail, added: “I was concerned because many of us are already finding it hard to make ends meet. It came as a relief when we learned that we would not have to pay a tax for sending money home. My daughter is studying in India and my parents are dependent on me for income. This tax would have made things even tougher.”

Reassuring NRIs in Oman, Zachariah PS, the general manager for Musandam Exchange, an exchange house in the country, said this tax would not affect people waiting back home to receive funds from Oman and other countries.

“There will be no impact on the money people send to India. This is a development that will only affect people sending money outside the country,” he said.
“In a way, it is good that people here are not affected by it, because many of those sending money home are blue-collar workers, and they would be able to provide less money to their families, if they were required to pay this tax.

“Many white collar workers now have also been affected by the pandemic, so they are likely to find it difficult to pay such a tax as well,” added Zachariah.
“This is the main reason for the government bringing in this decision: business in India has taken a big hit because of the COVID-19, and the economy has suffered badly, just like it has all over the world, so this is the way for the Indian government to make some more revenue.”

The decision to levy a five percent tax on outgoing remittances was included in the Finance Bill, which was introduced into the Lok Sabha, India’s Lower House of parliament, by the Finance Ministry, on 1 February, 2020. It was enacted into law soon afterwards.

The text of the bill pertaining to tax deducted at source for outgoing remittances said: “Every person being an authorised dealer, who receives any amount, or an aggregate of amounts, of seven lakh rupees (INR 700,000 or OMR 3,700) or more in a financial year for remittance out of India under the Liberalised Remittance Scheme of the Reserve Bank of India from a buyer, being a person remitting such amount out of India, or being a seller of an overseas tour programme package, who receives any amount from a buyer, being the person who purchases such package, shall, at the time of debiting of the amount payable by the buyer to the account of the buyer or at the time of receipt of such amount from the said buyer by any mode, whichever is earlier, collects from the buyer, a sum equal to five per cent of such amount as income-tax.”