Day one of movement ban in Oman successful: ROP 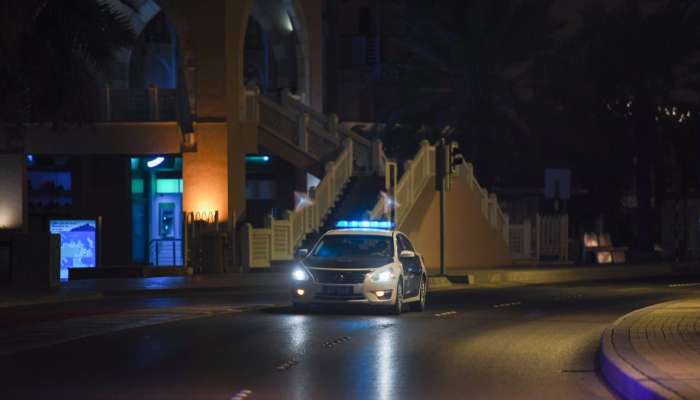 Muscat: The Royal Oman Police (ROP), has called  on citizens and residents to continue to adhere to directives and warnings to limit the spread of (COVID-19).

A statement issued by the ROP said: “The Royal Oman Police stated that the first day of implementing the decision of the Supreme Committee to deal with COVID-19 for preventing movement in all wilayats of the Sultanate witnessed a commitment from citizens and residents.”

“The Royal Oman Police imposes its presence in all locations in various wilayats all the time to prevent family and social gatherings of all kinds throughout the day, to prevent movement and close public places from 8 pm until 5 am  and monitor them with the support of police aviation and the use of remote control devices.”

The Sultanate has activated the checkpoints during the period of movement ban in the evening period to tighten the closure between governorates and prevent unauthorised crossings, in addition to closing beaches and monitoring the ban on their use all the time.

In the pursuit of the Royal Oman Police objective to ensure that basic services and travellers are not affected during the period of movement ban, the presence of one companion with truck drivers has been allowed, as well as permitting the passage of passenger companions to and from the airport with proof of a copy of the travel ticket, in addition to allowing the passage for workers at Muscat and Salalah airports under a card  Work.

Fishermen must coordinate with the Ministry of Agricultural, Fisheries and Water Resources and the governor’s offices to allow them to move during the period of the movement ban.

The Royal Oman Police hopes that citizens and residents will continue to adhere to the directives and warnings issued through official channels to limit the spread of the coronavirus.