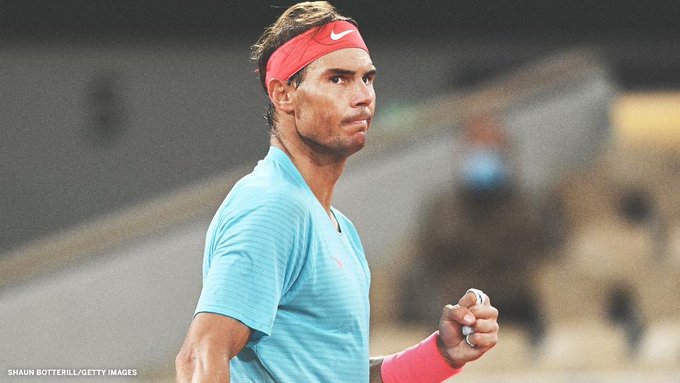 Paris: Rafael Nadal produced a vintage performance to remain the king of the clay in Paris. The Spaniard's flawless 6-0 6-2 7-5 win over Novak Djokovic brought him his 13th French Open title.

The French Open is usually starts in late but was postponed until late September due to the coronavirus pandemic. Nadal had some words of encouragement for the world's fight against the virus.

"I want to send a message to all the people in the world," Nadal said. "We are going through a tough moment with this virus, but everyone stay positive and we will beat this virus together."