Long distance bonding over sports through social media amid pandemic 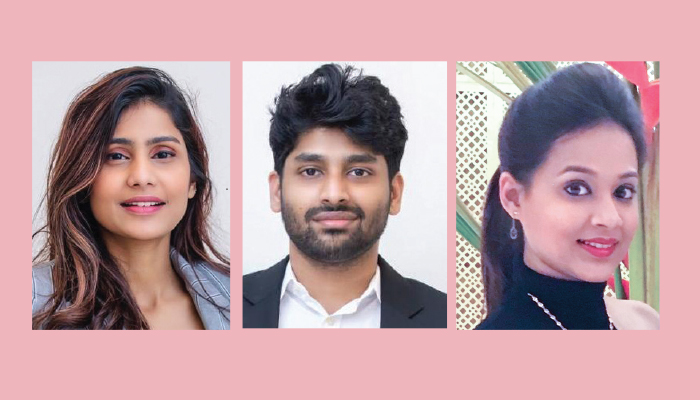 Anita Saimon, who founded CricAir, along with her brother Abishek, and their friend, Ritu Khemka, who lives in India, created the page. Photo; Supplied

Muscat: A brother and sister duo in Oman have started a Facebook page aimed at spreading interest in cricket among people in the country.

Anita Saimon, who founded CricAir, along with her brother Abishek, and their friend, Ritu Khemka, who lives in India, created the page to stimulate discussion in the sport, with physical meetings now significantly reduced because of the COVID-19 pandemic.

“We’ve always grown up with sports in our home, whether it was playing sports, watching sports or discussing it, so everyone in my family has always had a fondness for sport,” said Anita.

“We are unable to meet now, so it felt like a very good idea to set up a page where everyone could come together and share their opinions on cricket.
Breaking down barriers

“Sport has this capability of breaking down barriers and helping you form friendships and look past what you see on the surface, and leads to greater understanding among people,” she added.

With the Indian Premier League – a Twenty20 tournament that features some of the best players around the world – Anita feels now is the right time to launch the page.Found on CricAir are graphics tailored to each game, providing visitors to the page with valuable pieces of data that contain in-depth information about the players involved in them, with the aim of expanding people’s understanding, knowledge and interest of the game.

For example, before every IPL game that takes place, graphics concerning the playing conditions and team lineups are put up, as is more detailed information about the key players in the two sides playing each other.

Prior to the match between the Mumbai Indians and Delhi Capitals, a graphic showing the head-to-head contributions of Quinton de Kock and Kagiso Rabada – important players for their teams, was put up. The information for these posts come from Abishek Saimon, who like Anita, went to school in Oman, before going to the US to study sports statistics. He now plans on travelling to the UK to do his masters.

“I have loved sport in any form, and when I was growing up, my parents say I was more fond of numbers than I was of alphabets,” he said. “They say I learned to count and add before I learned to read and spell. It is the combination of these two passions of mine that have led to me wanting to study sports data.

“Even among my friends circle, I am always the one people come to for data and statistics and updates from games,” he added. “I would one day like to work for a big organisation such as ESPN or BBC Sport…I think that’s what anyone in sports media aims to do. I would, of course, love to work in cricket, but I think I would be equally comfortable with any other sport: football, tennis, motorsports, or even any of the American ones such as baseball or basketball.”

Another feature of CricAir is the interviews Anita carries out with cricketers, to provide people with a fresh perspective of the challenges athletes face, and the attitude they must have if they are to succeed.

Among the sportsmen she’s interviewed so far are Akshadeep Nath, who was vice captain of the India Under-19 team that won the 2012 Under-19 Cricket World Cup in Australia, and previously played for IPL sides Gujarat Lions, Kings XI Punjab and Royal Challengers Bangalore.

Another who’s featured on her page is Oman national team cricketer Sufyan Mehmood, one of the Sultanate’s best-known and most-loved cricketers. Plans are underway to get more and more players and those associated with the game to come for interviews, helping provide a greater perspective of the game.

“We decided to have these graphics and interviews so that they would provide a USP to our page,” said Anita.

“There are, of course, other pages that do have discussions on cricket, but we feel there are not many that have features like these, so we are really happy with how it’s gone so far. The IPL was just the start for us. Once it is over, we will also have graphics and interviews relating to other tournaments, and international matches, on our page.”
--