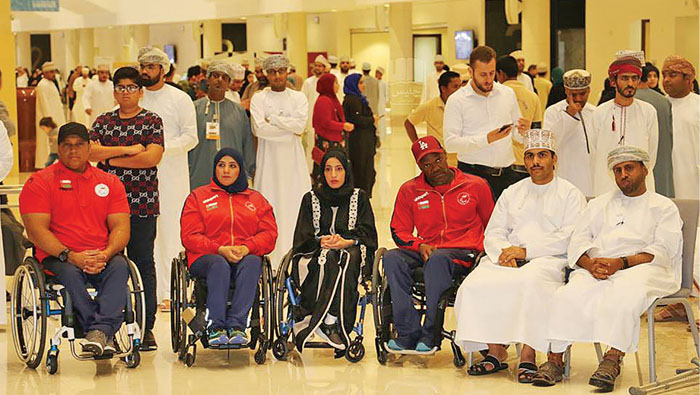 MUSCAT: With more than a million visitor this year, the Muscat Book Fair ended on Saturday. An organiser of the fair said to Times of Oman, “Until the end of the fair, there were 1,000,212 visitors.”
“This makes this book fair the most successful so far beating 2018, during which “1,000,060 visitors were registered,” the highest number recorded in the history of the fair according to the data.
On the last day of the fair, Dr. Abdul Monim bin Mansour Al Hassani, Minister of Information and the Head of the main committee of the fair said, “We are meeting to discuss the next edition of the fair, and will continue to meet for the next two months to talk about how we can discuss issues and ideas.
“We wagered on the fair being a cultural, economic, and family event. We think you are the ones to judge our wager, but we are pleased with our efforts, as our fair has a leading position in Arab and international book fairs, “ he added.
The book fair’s success is due not only to featuring 523,000 books, but also because of its events, including a seminar on children’s media which concluded with the recommendations that there should be special programmes for children on TV, online shows on Youtube, social media channels, and magazines that interact directly with children in Oman.
“The seminar recommended “a comprehensive strategy for media to instil the values of citizenship and pride in children, cooperation with local and international institutions to develop these values, and to designate channels, magazines, websites, social media accounts, and youtube channels that speak directly to children. Another recommendation was to protect children from negative media cultures that come from the use of new media,” according to a statement by Muscat Book Fair.
These recommendations came as part of Muscat Book Fair 2019, during the two-day seminar “Our Children and the Media of the Future”, which was organized by the Ministry of Information in cooperation with the Children’s Public Library and UNICEF Oman.
Al Hassani said in a speech that this year, the seminar included children in its preparation and work, and that the seminar ended with “results that included a special prize for children, and that the seminar becomes an annual event for parents and their children during Muscat Book Fair.
The fair also included book signing by Omani authors, including Bayan and Noor Al Nabhani’s book, “Let’s read a tale” and Alaa al Hamlani’s “The First One.”
Muscat Book Fair added inclusivity with the inauguration of the book ‘Inspirations in Oman’ by the group ‘Omani Youth Achievements. The book featured the remarkable stories of 30 Omanis who overcame various disabilities in order to make achievements locally, regionally, and worldwide.
According to a statement by Muscat Book Fair, “Omani Youth Achievements seeks to inaugurate another book for the achievements of 2014-2015, as the issue for 2013-2014 showcased more than 1400 international Omani achievements.”
The inaugural event was held under the patronage of His Highness Sayed Mohammed bin Salim bin Ali Al Said and attended by Dr. Abdul Monim bin Mansour Al Hassani, Minister of Information.