Injury concerns for Bhuvneshwar Kumar ahead of Australia tour 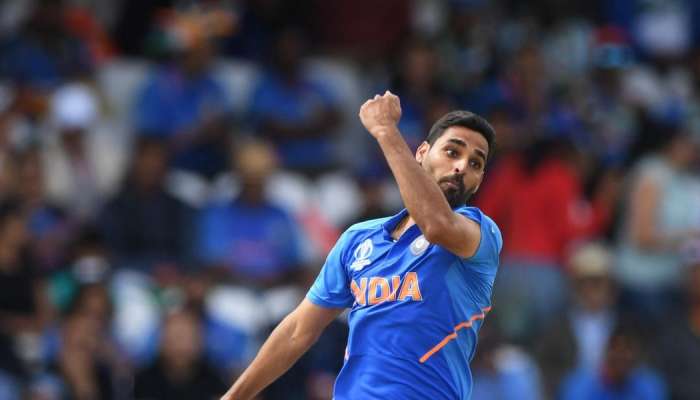 Bhuvneshwar Kumar has been ruled of the 2020 edition of the Indian Premier League with a thigh muscle injury.

The India pace bowler hurt himself during the IPL clash between Sunrisers Hyderabad and Chennai Super Kings. In the last over of his spell, Bhuvneshwar limped off the field after just one ball. According to reports, it is a grade 2 or grade 3 injury to the thigh muscle and could see him miss six to eight weeks of cricket.

This puts a cloud over his participation at the start of India’s tour of Australia, which is tentatively set to begin on 27 November. Players are set to fly out directly from the IPL to Australia, where they will likely play three T20Is, three ODIs and four Tests.

This is the latest injury to peg Bhuvneshwar back in recent times. In the 2018 season of the IPL, he missed five matches with back issues – an injury that persisted through India’s tour of England later that year.

In the 2019 ICC Men’s Cricket World Cup in England, he missed matches against Afghanistan, West Indies and England owing to hamstring troubles. Later in the year, he missed the home series against South Africa and Bangladesh with a side strain.

The IPL was an opportunity for Bhuvneshwar to prove his fitness ahead of the Australian tour. He impressed in his first four matches for Sunrisers Hyderabad with an economy rate of 6.98.

In other injury news from the IPL, 37-year-old leg-spinner Amit Mishra, who has played 22 Tests, 36 ODIs and 10 T20Is for India, will also miss the entire season for Delhi Capitals with a finger injury.